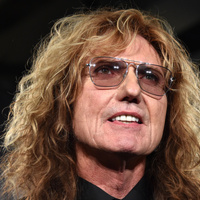 What is David Coverdale's Net Worth?

David Coverdale is an English musician who has a net worth of $18 million. David Coverdale is best known as a member of the rock bands Deep Purple and Whitesnake. He also had a solo career, and collaborated with Led Zeppelin's Jimmy Page on a certified-platinum album in 1993. Coverdale was inducted into the Rock and Roll Hall of Fame in 2016.

David Coverdale was born in 1951 in Saltburn-by-the-Sea, England, to parents Winnifred and Joseph. At 14, he started performing professionally and honing his voice. Among the early bands he was a part of were Vintage 67, The Government, and Fabulosa Brothers.

In 1973, Coverdale discovered that the band Deep Purple was auditioning singers to replace its frontman Ian Gillan. Coverdale was familiar with the band, as he had played with it on the same bill during his time in The Government. After sending Deep Purple a tape and completing his audition, Coverdale was admitted into the band.

Deep Purple released its first album with Coverdale in 1974. The album, called "Burn," quickly became certified gold in the US and later in the UK. In December of the same year, the band released "Stormbringer," which also made it to gold album status in the US and UK. However, due to his distaste of the album's prominent soul and funk influences, guitarist Ritchie Blackmore departed from the band in 1975. Instead of disbanding because of this loss, Coverdale encouraged Deep Purple to continue on with guitarist Tommy Bolin, an American musician famous for his work with the Cleveland rock band The James Gang. With Bolin, Deep Purple released one studio album, "Come Taste the Band," which ultimately failed to match the success of previous albums. At the end of the band's tour in March of 1976, Coverdale reportedly walked away crying, announcing his resignation; Deep Purple's official breakup was made final in July. 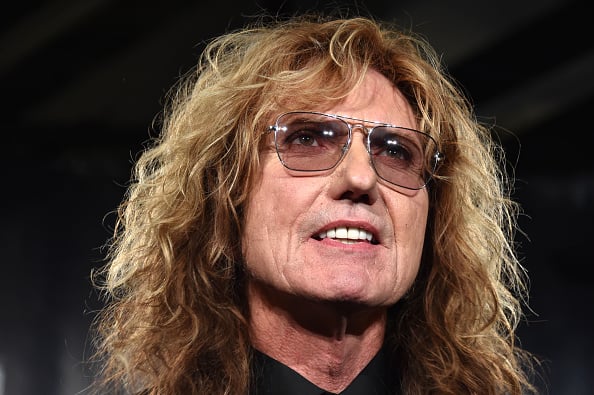 Coverdale went off on a solo career following the disbanding of Deep Purple. He put out his first album, "White Snake," in 1977; all of its tracks were written by Coverdale and English guitarist Micky Moody. Although the album did not achieve much success, its name would inspire the creation of Coverdale's later band. More successful was Coverdale's second solo album, "Northwinds," released in March of 1978.

Later in 1978, Coverdale established the band Whitesnake, with Micky Moody and Bernie Marsden on guitar. That year, the band released the "Snakebite" EP, featuring four tracks. This was followed by "Trouble," the first official studio album from Whitesnake. Featuring former Deep Purple bandmate Jon Lord, "Trouble" peaked at number 50 on the UK albums chart upon its release in 1978. Greater success came in 1980 with the album "Ready an' Willing," by which time Ian Paice had joined the band on drums. This album featured the band's biggest hit yet, "Fool for Your Loving," which hit number 13 on the British charts. Whitesnake's next album, 1981's "Come an' Get It," was an even greater hit.

In 1984, Whitesnake began achieving more popularity in North America with its album "Slide it In." At this time, Coverdale sought to update the band's sound by bringing in former Thin Lizzy guitarist John Sykes, who had a more aggressive contemporary style. However, after contracting a serious sinus infection, Coverdale had to suspend recording. Things were made more complicated due to increasing animosity between Coverdale and Sykes. Before Whitesnake's upcoming album was fully recorded, Coverdale fired Skyes from the band. Following this, in 1987, the band had its biggest success ever with the self-titled "Whitesnake," which went multi-platinum. With its singles "Here I Go Again" and "Is This Love," the album made the band a major concert headliner in North America. Afterward, the band recorded "Slip of the Tongue" with guitarist Adrian Vandenberg; it was a commercial success in the US and Europe, achieving platinum status. In 1990, at the end of the band's tour in Tokyo, Coverdale disbanded Whitesnake to reassess his career.

In 1991, Coverdale began collaborating with Led Zeppelin guitarist Jimmy Page. Their partnership produced the 1993 album "Coverdale-Page." An international success, it reached number four in the UK and number five in the US, and became certified platinum. Following a short tour in Japan, the pair ultimately parted ways.

Coverdale formed a new Whitesnake lineup in 1994 to promote the release of a Greatest Hits album; however, after the tour, the band split up again. A little later, Coverdale released his album "Restless Heart," and took a brief hiatus from music. He returned in 2000 for his first solo album in 22 years, "Into the Light."

In 2002, Coverdale once again re-formed Whitesnake for a tour across the US and Europe. In 2006, the band signed a record deal with Steamhammer Records, and released the double live album "Live: In the Shadow of the Blues." Whitesnake subsequently released its first new studio album in more than ten years, "Good to Be Bad." The band continued to tour extensively, until Coverdale was diagnosed with a vocal injury in 2009. When he recovered, Coverdale and Whitesnake recorded the album "Forevermore," released in 2011. This was followed four years later with "The Purple Album," which featured cover versions of Coverdale's Deep Purple songs.

In 1974, Coverdale married Julia Borkowski; they had a daughter, Jessica, in 1978, and later divorced. Coverdale subsequently wed actress and former model Tawny Kitaen in 1989. Kitaen appeared in several of Whitesnake's music videos, including ones for "Here I Go Again" and "Still of the Night." Coverdale and Kitaen were divorced in 1991. Later, Coverdale married author Cindy Coverdale, with whom he has a son, Jasper.

For over 20 years, Coverdale has lived in Incline Village, Nevada. In 2007, he became a US citizen.