How much is David Bryan Worth?

David Bryan net worth: David Bryan is an American musician who has a net worth of $120 million. David Bryan is most famous for being the keyboard player for Bon Jovi. He has written and provided backing vocals for several Bon Jovi hits plus he is responsible for the success of the musical "Memphis". Hailing from New Jersey, Bryan comes from a fairly musical background – his father played the trumpet and taught his son to play. Bryan would go on to learn to play the piano, violin, viola and clarinet. David soon became a keyboard player for a band called Transition. In the early eighties, Bryan joined Bon Jovi. At the time, he was attending Rutgers University, but dropped out to snatch this once-in-a -lifetime opportunity. From the start Bryan has been the band's keyboardist and backing vocalist. He is one of the driving forces behind the super stardom of Bon Jovi. David co-wrote Breakout and Love Lies for the band's first album, Bon Jovi (1984). The album received positive reviews and went gold in the US. It was ranked the 11th best rock album of 1984 by Kerrang magazine.

Bryan did not just enjoy his success with Bon Jovi – alongside award-winning playwright and author Joe DiPietro, he co- wrote the musical Memphis, which had its at off-Broadway debut in 2002. The musical production was performed across the US and in 2009- 7 years after its debut – Memphis was shown on Broadway. Since then, Memphis became a firm fixture at Broadway, winning a string of Tony Awards, Drama Desk Awards and Outer Critics Circle Awards. Memphis is one of the most nominated shows on Broadway. What with the success of Memphis, the Bryan/DiPietro relationship was strengthened. The powerful duo went on to produce another award-winning musical, The Toxic Avenger, which premiered in 2009. 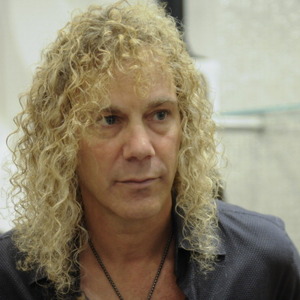