What was David Bowie's Net Worth?

David Bowie was an English musician, singer-songwriter, and actor who had a net worth of $230 million dollars at the time of his death in 2016. That number included a $100 million value estimate for his music catalog. As we'll detail later in this article, in January 2022 Bowie's estate ended up selling his publishing catalog to Warner Chappell for $250 million.

Bowie made popular music for nearly 50 years and was known for writing innovative, experimental work that was also commercially and critically successful. With record sales of more than 100 million, he is considered one of the most influential rock artists of all time, and he released 27 studio albums during his lifetime (9 of them reaching #1 in the UK). David was known by many nicknames, including Ziggy Stardust, The Thin White Duke, Major Tom, The Chameleon of Rock, and The Starman, and he achieved his first major American crossover success in 1976 with the number-one single "Fame" and the hit album "Young Americans." The same year, he also appeared on the big screen in the feature "The Man Who Fell to Earth," a film that was a modest box-office success.

Bowie went on to release dozens of popular singles, such as "Under Pressure" (a collaboration with Queen), "Changes," "Rebel Rebel," "Space Oddity," and "Modern Love." He received a Grammy Lifetime Achievement Award in 2006, ten years after he was inducted into the Rock and Roll Hall of Fame, and the day after his death, "Rolling Stone" magazine called him "The Greatest Rock Star Ever." Thanks to his distinctive voice as well as the intellectual depth and eclecticism of his work, Bowie will be best remembered as a major figure in the world of popular music.

David Bowie was born David Robert Jones on January 8, 1947, in London, England. His mother, Margaret, was a waitress, and his father, Haywood, was a promotions officer for a charity. The family moved to Bickley, then Bromley Common, then Sundridge Park, where David sang in the choir at Burnt Ash Junior School. He became interested in music at an early age, and he picked up the saxophone at age 13, then began playing ukulele, tea-chest bass, and piano. David attended Bromley Technical High School and formed the band the Konrads when he was 15. He quit school at 16 to focus on his music career and left the Konrads to join the King Bees, then found his first manager, Leslie Conn.

In 1989, Bowie took a break from his solo career and formed the band Tin Machine. The group released two studio albums, "Tin Machine" (1989) and "Tin Machine II" (1991). David's first post-Tin Machine album, 1993's "Black Tie White Noise," reached #1 in the UK. His next #1 album, 2013's "The Next Day" (his first studio album since 2003), topped the charts in seven countries, going Platinum in the UK and Gold in Australia, Germany, Austria, Switzerland, Sweden, Canada, and New Zealand. Bowie made his last public appearance at the premiere of his Broadway musical "Lazarus" in December 2015, and he released his final album, "Blackstar," on January 8, 2016. The album reached #1 in 10 countries and was certified Platinum in six countries.

In the late 1990s as music file sharing/piracy skyrocketed in popularity, David became convinced that his future royalty streams would eventually evaporate. Exploring his options, he considered selling the rights to his song catalogue entirely. While he weighed this extremely difficult and permanent decision, a friend who worked in finance suggested he sell bonds backed by his catalogue.

Bowie had no idea what a bond was at the time.

The banker explained that Bowie could "securitize" his music royalties and sell debt using the catalog as collateral. In other words, Bowie would take the money generated every year from his royalty streams and assign them to a specially-formed financial vehicle. These royalties would go to the bond holder and if for some reason Bowie couldn't repay his loan on the due date, he would lose the rights to his music catalog.

Bowie soon raised $55 million from Prudential Financial using every song he wrote prior to 1990 as collateral. The loan would last 10 years and would come with annual interest payments of 7.9%. After 10 years, Bowie would pay back the loan and regain his royalty payments without having to give up ownership of his catalog. 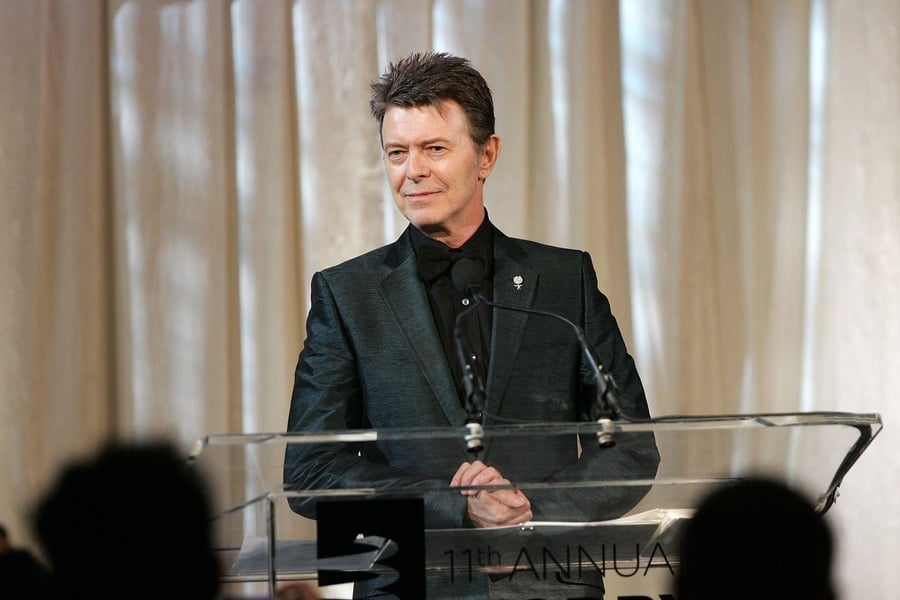 David married Mary Barnett on March 19, 1970, and they welcomed son Duncan Jones (who grew up to be a successful filmmaker) on May 30, 1971. Bowie and Barnett divorced in 1980, with David getting custody of Duncan. Bowie went on to wed Somali model Iman on April 24, 1992, and they had a daughter, Alexandria, in August 2000. In a 1972 interview with "Melody Maker," David stated that he was gay, then declared that he was bisexual in a 1976 "Playboy" interview. Bowie became interested in Buddhism in the 1960s and thought about becoming a Buddhist monk, and in a 2005 interview, he said he was "not quite an atheist."

David passed away from liver cancer on January 10, 2016, just two days after he turned 69 and released his album "Blackstar." Bowie was diagnosed with the disease 18 months earlier but kept his illness secret from the public. After his death, fans created memorials at the Bowie mural in Brixton as well as Los Angeles, Berlin, and outside his New York apartment. David was cremated on January 12th in New Jersey, and his ashes were scattered in Bali during a Buddhist ceremony.

He left behind an estate worth $230 million. Iman received their SoHo penthouse as well as half of the superstar's fortune. Duncan received 25% of the estate, and another 25% went into a trust for Alexandria, who was 15 at the time of her father's death. Alexandria also received David's vacation home in New York's Ulster County, and he left $2 million to his longtime assistant, Coco Schwab, and $1 million to his son Duncan's childhood nanny, Marion Skene.

In January 2022 it was revealed that David Bowie's estate had sold his publishing catalog to Warner Chappell for $250 million. The deal includes over six decades of music, 26 studio albums released his his lifetime, one album released posthumously and roughly 400 songs.

Bowie won dozens of awards for his work, including 11 NME Awards, 4 BRIT Awards, 4 Ivor Novello Awards, 4 MTV Video Music Awards, and 2 Outer Critics Circle Awards. He received 19 Grammy nominations, winning Best Video, Short Form for "Jazzin' for Blue Jean" in 1985 as well as four Grammys for his final album in 2017: Best Rock Performance, Best Rock Song, Best Alternative Music Album, and Best Engineered Album, Non-Classical. David also won awards from the BAFTA Awards, BRIT Icon Awards, Daytime Emmy Awards, and GQ Awards. In 2011, Bowie was featured on the currency of his birthplace, the Brixton Pound, and he was honored with a star on the Hollywood Walk of Fame in 1997.

n 1999, David and Iman paid $4 million for two NYC penthouses that they converted into a 5,300 square foot loft; this where the couple lived at the time of Bowie's passing. David owned several other properties, including a 14-room estate in Lausanne, Switzerland, and a 5-bedroom Caribbean villa on the island of Mustique. Bowie had the Mustique home (also known as Mandalay Estate) built for him in 1989, and he sold it for $5 million in 1995; in recent years, the property was available to rent for $40,000 to $70,000 per week. 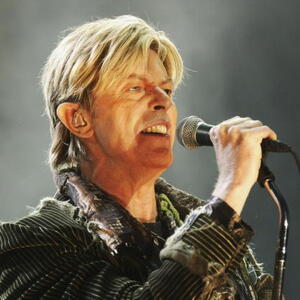