Davey Johnstone net worth: Davey Johnstone is a Scottish guitarist and vocalist who has a net worth of $20 million. Davey Johnstone was born in Edinburgh, Scotland in May 1951. He is best known for his work with Elton John. Johnstone also plays the mandolin, dulcimer, sitar, and banjo. He released his only studio album Smiling Face in 1973. Davey Johnstone first worked with Noel Murphy in 1968 and was a regular session musician. He joined the band Magna Carta in 1970 and contributed to their album Songs from Wasties Orchard in 1971. He has also played with several other artists including Alice Cooper, John Jorgenson, Meat Loaf, Steve Nicks, Bob Seger, Rod Stewart, Leo Sayer, The Pointer Sisters, and more. He played on Elton John's 1971 album Madman Across the Water and was invited to join his band. Johnstone has also served as the band's musical director and was with them from 1971 to 1977 and again starting in 1982. 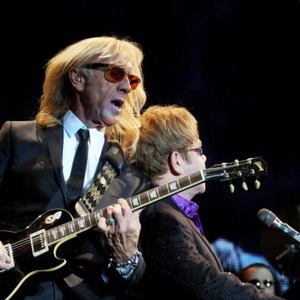