Davey Havok Net Worth: Davey Havok is an American musician who has a net worth of $20 million. Born David Paden Passaro in Rochester, New York, in 1975, Davey Havok started his first band when he was in high school, and AFI was born. Havok studied English and Psychology at the University of California Berkeley after the band broke up, but he continued to write music while in school.

After the group played a popular reunion show in front of hundreds of fans, they decided to get back together and release a debut album with Havok on lead vocals. "Answer That and Stay Fashionable" came out in 1995 and "Very Proud of Ya" released a year later. AFI's third album, "Shut Your Mouth and Open Your Eyes", dropped in 1997. The group didn't land with a major record label until the 2000s. Their first album to drop with the new label was 2003's "Sing the Sorrow", which hit the top five on the charts. 2006's "Decemberunderground" went double platinum, selling more than two million copies internationally. Overall, AFI has released nine studio albums between 1995 and late 2013. Havok also participates in a side project with electronic band Blaqk Audio, who has released two albums: "CexCells" and "Bright Black Heaven". Havok has acted in several movies and TV shows, including "Godkiller" and "Knife Fight". He modeled for a jewelry line and published his first book, "Pop Kids", in 2013. He's launched several clothing lines, including Glitterboy and Zu Boutique, which is a line of vegan attire. In 2016 he formed the band Dreamcar with No Doubt members Tom Dumont, Adrian Young, and Tony Kanal. 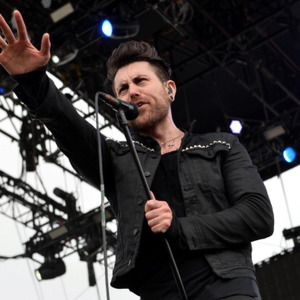