Dave Schools net worth: Dave Schools is an American bass player who has a net worth of $5 million. Dave Schools was born in Richmond, Virginia in December 1964. He is best known for being a founding member of the rock band Widespread Panic. Schools is also a record producer, songwriter and journalist.

He plays a six string bass and is known for his non-traditional approach which has been referred to as "lead bass". Widespread Panic formed in 1986 and is known as a jam band for their live performances. They hold records for the most sold out performances at Red Rocks Amphitheatre in Colorado and Philips Arena in Atlanta. Widespread Panic has released 12 studio albums and seven live albums. Schools has also been associated with The Stockholm Syndrome, J Mascis and the Fog, Gov't Mule, Mickey Hart Band, Hard Working Americans and more. 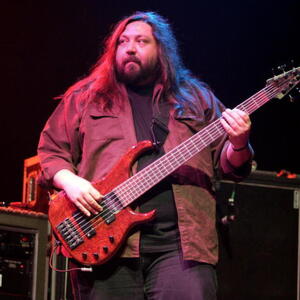