Dave Rowntree Net Worth: Dave Rowntree is an English musician, animator, and political activist who has a net worth of $10 million dollars. David Alexander De Horne Rowntree was born in Colchester, Essex, England in May 1964. He is best known for being the drummer of the band Blur. Dave studied percussion in school and became a computer programmer.

Blur was formed in 1988. Their debut album Leisure was released in 1991. They have released seven studio albums, with their last five all hitting #1 on the UK charts. Their best known songs include "There's No Other Way", "Girls & Boys", "Country House", "Beetlebum", "Song 2", and "Tender". Blur went on hiatus in 2003 but reformed for some concerts in 2008. In 2012 the band headlined a show for the 2012 Summer Olympics closing ceremony. The band received a Brit Award in 2012 for Outstanding Contribution to Music. Rowntree directed two series of the animated show Empire Square. When Blur went on hiatus he became a solicitor. He has presented and hosts a radio show on XFM. He is a member of the Advisor Council of the Open Rights Group and has campaigned against the prosecution of internet music file sharers. He is also a founding director of the Featured Artists Coalition. 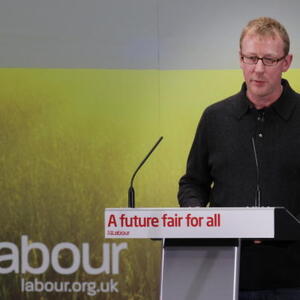