How much is Dave Navarro Worth?

Dave Navarro Net Worth: Dave Navarro is an American guitarist, singer, and songwriter who has a net worth of $20 million. Although he is best known for being a member of the rock band Jane's Addiction, he has been an integral part of many other groups in the past. His other most notable band was the Red Hot Chili Peppers, and he contributed to one of their albums. His other bands have included Deconstruction and The Panic Channel. Outside of his work with both of these bands, Dave has released one solo album.

In addition to his musical career, Dave has experienced considerable success as an actor and a presenter. In terms of his television work, he is probably best known for his appearances on the show "Ink Master." Numerous observers have called Dave Navarro one of the greatest guitarists of the modern era, and he is known for blending a number of different genres in his guitar work. Dave has expressed support for a range of both Republican and Democratic political candidates, including Mitt Romney and Tulsi Gabbard. He considers himself a Libertarian.

Early Life: David Michael Navarro was born on June 7th of 1967 in Santa Monica, California. At the age of seven, Navarro started playing guitar for the first time after becoming inspired by Jimi Hendrix. Dave attended high school in Sherman Oaks, and during his early years he joined the marching band alongside Stephen Perkins.

When Navarro was still a teen, his mother was murdered by an ex-boyfriend. At this point, Dave's parents were living separately, and he was with his father at the time of the murder. Navarro later revealed that his mother's death contributed to his downward spiral into drug addiction and mental health issues.

Career: In 1986, Dave Navarro joined the band Jane's Addiction as the group's lead guitarist. Stephen Perkins, a childhood friend of Dave's, was already in the band as a drummer. Over the next few years, Jane's Addiction became a highly successful group within the alternative-rock world. During Dave's time with the band, he contributed to three of the band's albums. The first came in 1987, when Jane's Addiction released their self-titled live album. Critics praised the release, saying that it was a sign that the group had matured over the years.

Navarro then contributed to the group's first major-label studio album, "Nothing's Shocking." The 1988 album was released through Warner Bros. Records and received strong reviews from critics – although it failed to break into the top 100 on the charts. It was at this point that internal tensions started to arise within the band. However, Jane's Addiction managed to stay together to release a second studio album in 1990.

Unfortunately, this would prove to be the last album "Jane's Addiction" would release before they broke up in 1991. After the group's breakup, Navarro played with bands like Guns N' Roses and Butthole Surfers. He also formed the band Deconstruction during this period. In 1993, he found a more permanent home with the Red Hot Chili Peppers. He performed live with the band and contributed to their album "One Hot Minute," which was released in 1995. In 1998, Navarro was fired from Red Hot Chili Peppers after a heroin relapse.

Navarro released the solo album "Trust No One" in 2001. Next year, he played guitar for Michael Jackson during a performance at the Apollo Theater. Throughout the 2000s, Dave also hosted a number of TV shows, created an internet radio station, and even directed adult films. He first ventured into the entertainment world by hosting shows like "Rock Star: INXS" and "Rock Star: Supernova." Not long afterwards, he created a internet talk show called "Dave Navarro's SPREAD TV." In addition, Dave set up a YouTube channel during this period.

By 2008, Jane's addiction had reunited. The group subsequently toured with Nine Inch Nails throughout 2009, and the group remains together as of 2020. Throughout the 2010s, Navarro appeared in TV shows like "Sons of Anarchy," "Talking Dead," and "Law and Order: SVU."

Relationships: Dave Navarro has been married a total of three times over the course of his life. His first marriage came in 1990, when he married makeup artist Tania Goddard-Saylor. They divorced two years later. By 1994, Navarro had remarried to a woman called Rhian Gittins, although their marriage was annulled later that year. Perhaps his most notable marriage was to model and actress Carmen Electra. They were married in 2003, and they subsequently divorced in 2007.

Real Estate: In 2014, it was reported that Navarro was selling his home in Hollywood for $949,000. The 1,570-square-foot apartment lies on the corner of Broadway and Vine. Dave first purchased the home back in 2007, directly after he had broken up with Carmen Electra. The spacious condo features 15-foot ceilings and a number of additional renovations, especially in regard to the bathroom.

In 2016, Dave purchased a $2.9-million home in the affluent neighborhood of Larchmont in Los Angeles. The two-story residence features four bedrooms, 4.5 bathrooms, and 4,300 square feet of living space. There are also 20-foot ceilings, a barbecue, and a swimming pool to round out the outdoor area. At this point in time, Navarro was also in the process of selling another Larchmont home with a listed price of $1.695 million. 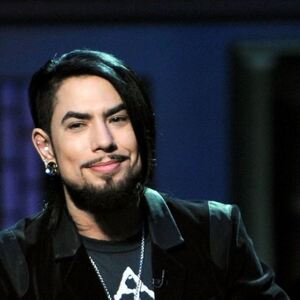