What is Dave Mustaine's Net Worth?

Dave Mustaine is an American musician and singer who has a net worth of $14 million. Dave Mustaine is one of the most well-known metal guitarists in the world, having co-founded Megadeth. Prior to his role as guitarist and lead singer for Megadeth, Mustaine was also the original lead guitarist of Metallica. Mustaine has won countless awards over the years, including one Grammy win and 12 Grammy nominations.

David Scott Mustaine was born on September 13th of 1961 in La Mesa, California. Mustaine's mother is of Jewish descent, although he was raised as a Jehovah's Witness. Mustaine started playing the piano and the guitar from a relatively early age. Allegedly, his love for heavy metal started when he was selling drugs to pay for his apartment rent at the age of 17. As the story goes, one of his customers traded AC/DC, Motorhead, and Judas Priest albums for drugs, sparking Mustaine's passion for the musical genre.

David Mustaine's heavy metal career began with a band called Panic. Dave was the lead guitarist, and things were looking bright for a while. However, Panic soon began to fall apart, starting with a terrible car crash the night after Panic's second-ever show. Panic's drummer and sound engineer were killed in the crash, and by 1981 the rhythm guitarist had also passed away.

In 1981, Panic disbanded and David Mustaine joined Metallica. Mustaine answered an ad in the paper and auditioned in front of Lars Ulrich and James Hetfield – although the two founding members of Metallica informed Mustaine he had booked the gig before he had even finished warming up. Mustaine contributed to Metallica's very first album: Kill 'Em All. The 1983 album wasn't a major hit when it released but later went three times platinum after the commercial success of Master of Puppets. Kill 'Em All was retrospectively praised by critics as well, specifically due to its precision and influence on the metal scene.

However, Dave Mustaine was already on his way out of Metallica when Kill 'Em All released in 1983. Not long after he joined the band, he began to clash with his bandmates. Mustaine's drinking problem was allegedly much worse than other members of Metallica, and he was also famous for his drug use. After several incidents with other members of the band (some of which were violent), Mustaine left Metallica. When all was said and done, Mustaine's lasting impact on Metallica amounted to co-writing six of their songs.

Mustaine's next band was a short-lived endeavor called Fallen Angels. Although Mustaine admitted that they lacked chemistry, their failure would eventually lead to a connection with future Megadeth members Dave Ellefson and Greg Handevidt. Mustaine met the pair after buying them beer one night after an argument involving a potted plant and an air conditioner. The three were living in apartments on top of each other at the time. 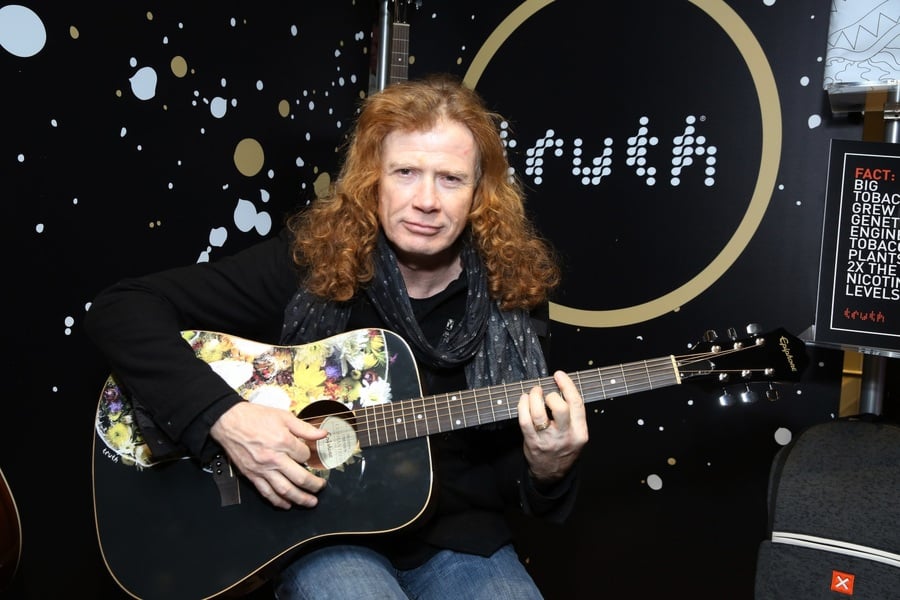 In 1984, Megadeth was born. In 1985, they released their first album, Killing is My Business… And Business is Good!, after struggling to find a drummer. 1986 saw their third album, Peace Sells… But Who's Buying?, which preceded 1988's So Far, So Good… So What! By the 90s, Megadeth had gone through a handful of drummers and band members. However, they were still releasing some of the best thrash metal albums of all time, including Rust in Peace and the commercially successful Countdown to Extinction, which debuted at the number two spot.

On the heels of this success, Megadeth went for a more commercial sound with their next album, Youthanasia. After Crytpic Writing's release in 1997, the band was left without a drummer once again. During the next period, Megadeth toured extensively before releasing The World Needs a Hero in 2001. In 2002, Mustaine disbanded Megadeth after alleged conflicts with other band members. However, they would later get back together to tour throughout the world and release more albums.

Dave Mustaine became Christian in the mid-2000s, doing a total U-turn and changing his lifestyle considerably. He began to focus more on his family life, and he became less dependent on drugs and alcohol. He also started to voice strong political opinions, typically taking the side of Republicans or considering himself an "Independent." In the past, he has been critical of gay marriage, Barack Obama, and Satanism.

In 1991, Dave Mustaine married Pamela Anne Casselberry. Over the course of their relationship, they have had two children together. One of Mustaine's daughters, Electra Nicole Mustaine, is a Country music singer.

In 2015, it was reported that Dave Mustaine had listed his home in San Diego for $5.4 million. The home sits on 9.5 acres of land and features 5,345 square feet of living space. In 2019, Mustaine sold this Fallbrook home for $2 million, much less than the $5.4 million he had been seeking but much more than $900,000 he paid for the place in 2012. Here's a video tour of Dave Mustaine's former Fallbrook mansion:

Around this same time, Dave put his home in Nashville up for sale. The asking price was just under $2.5 million, and the home features 6,842 square feet of living space. The property itself spans 11 acres and includes a barn and several sheds. Dave Mustaine originally purchased this Nashville property in 2014 for $1.8 million.

In 2019, Dave Mustaine announced that he had been diagnosed with throat cancer. Over the next year or so, he underwent 51 radiation treatments and 9 chemotherapy sessions. Although Megadeth's 2019 tour had to be canceled so that Mustaine could deal with his health, these treatments allowed Mustaine to make a full recovery.

Speaking about his battle with cancer, Mustaine admitted that he used marijuana to help him deal with the treatments. He stated that marijuana helped him regain his appetite after chemo and radiation treatments, and he has since become more supportive of the legalization of the drug. 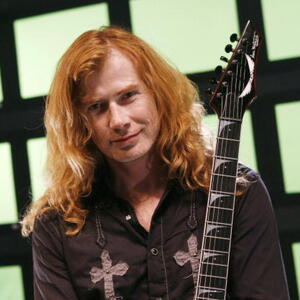