Dave Lombardo net worth: Dave Lombardo is a Cuban American musician who has a net worth of $4 million dollars. Born in Havana, Cuba, Dave Lombardo moved to South Gate, California when he was two years old. By the time he was eight, he was already demonstrating his affinity for drumming.

By the time he was in high school, he had established himself as a drummer on the rise. He performed with multiple bands in high school, and performed regularly with his group, Escape, in the late 70s and early 80s. However, the band never made any money, and his parents convinced him to focus on a regular job. In the early 80s, he formed the band, Slayer, and the group began to gain widespread notice. He left the group in the early 90s, in order to be present for the birth of his first child. For the next ten years, he played with such groups as Grip, Inc. and Fantomas, as well as guest drumming on multiple side projects. He returned to the Slayer lineup in 2001, and has continued to record and tour with Slayer, while also recording tracks with his side project, PHILM. 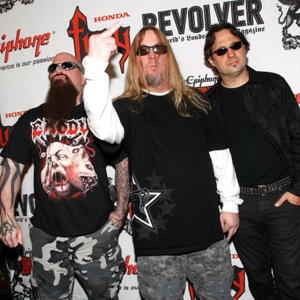