What is Dave Grohl's net worth?

Dave Grohl is an American rock musician, singer, songwriter, and director who has a net worth of $320 million dollars. He is best known as the front man and guitarist of the Foo Fighters and as the former drummer of Nirvana.

avid Eric Grohl was born on January 14, 1969, in Warren, Ohio. He has an older sister named Lisa. His family moved to Springfield, Virginia when he was a young child.His parents Virginia and James divorced when he was seven. His mom raised Dave and his sister. Dave learned to play the guitar when he was 12. He grew bored of tradition lessons, so he quit those and taught himself how to play. When he was 13, Dave and Lisa spent the summer with their cousin Tracy in Chicago. Tracy introduced Dave and Lisa to punk rock that summer. His first concert was a 1982 Naked Raygun show at the legendary Cubby Bear bar in Chicago. He was 13.

He was vice president of his freshman class at Thomas Jefferon High School. His mom enrolled him at Bishop Ireton High School when she found out he was smoking marijuana. He played in a number of local bands in high school. He also taught himself how to play drums.

In December 1985, 16-year-old Grohl joined a hardcore punk band called Dain Bramage. The band disbanded in March 1987 when Grohl quit to join a local band called Scream. Scream had already been a popular touring punk band. Dave was a decade younger than his band mates.

Grohl auditioned to be the drummer for the popular local Washington, D.C. punk rock band Scream when he was 17. He lied about his age to get the audtion and was shocked when he was offered the job. He dropped out of high school during his junior year. He toured with the band as well as recorded two studio albums and a couple of live albums. He became friends with Buzz Osborne from the Melvins while playing drums for Scream. One night, Osbourn took his friends Kurt Cobain and Kris Novoselic to see Scream. A few months later, Cobain and Novoselic's band Nirvana was looking for a new drummer around the same time Scream broke up. Osbourne told Grohl Nirvana was looking for a drummer and gave him Cobain and Novoselic's phone numbers. Grohl was invited to Seattle to audition for the band. The rest is history.

In the spring of 1991, the band went to Sound City Studios in Los Angeles to record "Nevermind" (as seen in Grohl's 2013 documentary Sound City). Nevermind" exceeded all expectations and became a worldwide commercial success when it was released in 1991.

Following Kurt Cobain's death in 1994 and Nirvana's demise, Dave spent six days recording music on his own trying to distract himself from the pain. He played all of the instruments on the tracks and recorded them himself. When he was done, he produced 100 cassette tapes and handed them out to friends. He didn't want to put his name on those songs, so he chose the name Foo Fighters. One of those tapes ended up in the hands of a record executive at Capital Records who signed Dave on the spot thinking the songs were created by a full band. The Foo Fighters were born from this process and have gone on to have a very successful music career. To date, Grohl has released nine studio albums with Foo Fighters. The band has sold tens of millions of albums worldwide and won multiple Grammy awards. 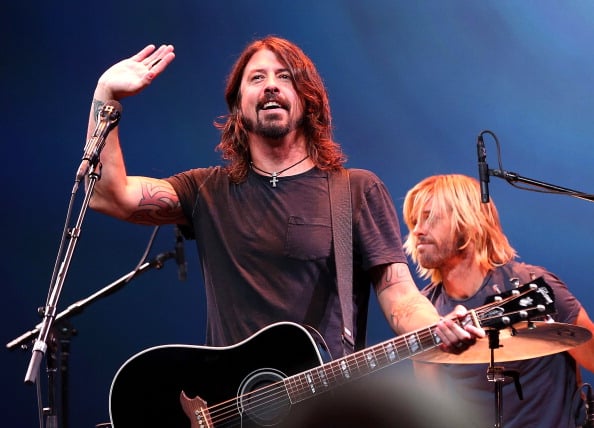 Grohl also has spent some time making guest appearances for bands like Queens of the Stone Age and Tom Petty and the Heartbreakers. Additionally, Dave Grohl has contributed to many other projects, working with music artists such as Tenacious D, Nine Inch Nails, Killing Joke, David Bowie, and Paul McCartney. Despite being one of the most successful musicians of all time, Dave is generally considered to be one of the nicest and most down to earth celebrities in the world.

In July 2009, it was revealed that Grohl was recording with Queens of the Stone Age's Josh Homme and John Paul Jones as Them Crooked Vultures. The trio performed their first show together on August 9, 2009, at Metro in Chicago. The band played their first UK gig on August 26, 2009, with a surprise appearance at Brixton Academy in London. The band released their debut album Them Crooked Vultures in the fall of 2009.

Grohl has been a musical guest on Saturday Night Live 13 times since 1992, more than any other musician. He has appeared with Nirvana, Foo Fighters, Them Crooked Vultures, Mick Jagger and Tom Petty and the Heartbreakers.

In 2013, Grohl produced and directed (his directorial debut) a documentary about the history of the legendary recording studio Sound City in Van Nuys, California.

In 2014, Grohl directed the HBO documentary miniseries Sonic Highways. It tied into the Foo Fighters' eighth studio album. Grohl described the project as "a love letter to the history of American music." Each of the eight episodes is presented as an exploration of the musical history of a different American city through a series of interviews by Grohl.


In early 2020, Grohl announced that he was filming a new documentary based on bands' van tours. It is tentatively titled "What Drives Us," and in it, Grohl explores the mindset that compels musicians to leave behind everything and spend several months touring the country in a tiny van. 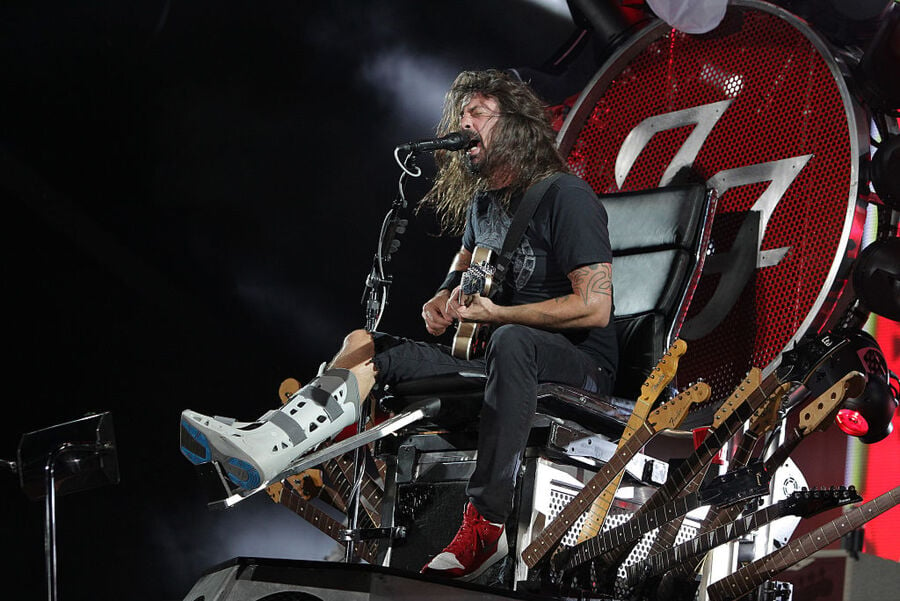 In 1994, Grohl married photographer Jennifer Leigh Youngblood. They separated in December 1997 and divorced in 1997.

Grohl doesn't read music and plays only by ear.

On May 20, 2015, David Letterman selected Grohl and the Foo Fighters to play "Everlong" as the last musical guest on the final episode of Late Show with David Letterman. Letterman stated that he considered "Everlong" to be his favorite song and that he and the band were "joined at the hip" ever since the band canceled tour dates to play his first show back from heart bypass surgery at his request.

Grohl and his family live in a modest house in Encino, California. He is an outspoken fan of the San Fernando Valley. 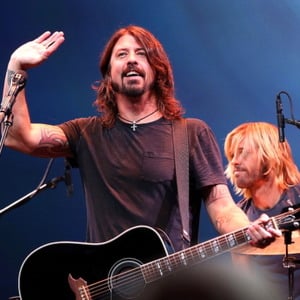