How much is Andrew Fletcher Worth?

Andrew Fletcher net worth: Andrew Fletcher is an English keyboard player who has a net worth of $60 million. Andrew Fletcher was born in Nottingham, England in July 1961. He is best known for being a founding member of the band Depeche Mode. Depeche Mode formed in 1980 and released their debut studio album Speak & Spell in 1981 which reached #1 in the UK. The band's album A Broken Frame in 1982, Construction Time Again in 1983, Some Great Reward in 1984, Black Celebration in 1986, and Music for the Masses in 1987 all reached the Top 10 in the UK. Their 1990 album Violator reached #1 in France and #2 in the UK. Depeche Mode's 1993 album Songs of Faith and Devotion reached #1 in seven countries including the US and the UK. Their albums Ultra in 1997, Excited in 2001, Playing the Angel in 2005, Sounds of the Universe in 2009, and Delta Machine in 2013 all reached #1 in at least one country. Depeche Mode has had hit singles with the songs "Just Can't Get Enough", "People are People", "Master and Servant", "Shake the Disease", "Personal Jesus", "Enjoy the Silence", "Policy of Truth", "World in My Eyes", "I Feel You", and many more. Between June 2017 and June 2018, Andrew Fletcher and his fellow members of Depeche Mode collectively earned $55 million. 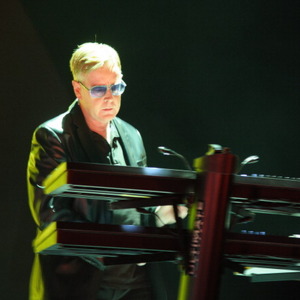