Dave Brock net worth: Dave Brock is an English singer, songwriter, and musician who has a net worth of $1 million. Dave Brock was born in Isleworth, Middlesex, England in August 1941. He was one of the founding members of the band Hawkwind. He plays guitar, keyboards, bass guitar, and harmonica. Hawkwind formed in 1969 and Brock is the only remaining original member.

The band has released 30 studio albums starting in 1970. Their album Warrior on the Edge of Time was released in 1975 and was their highest charting album in the UK, reaching #13. They are known for being one of the earliest space rock groups and their best known single is "Silver Machine" which reached #3 in the UK. Dave Brock has released several solo albums starting with Earthed to the Ground in 1984 and including The Agents of Chaos in 1987, Strange Trips & Pipe Dreams in 1995, Spacebrock in 2000, Memos and Demos in 2001, The Brock/Calvert Project in 2007, Looking for Love in the Lost Land of Dreams in 2012, and Brockworld in 2015. 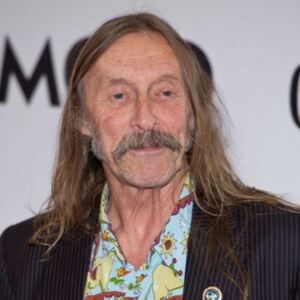