What is Daryl Hall's Net Worth?

Daryl Hall is an American singer, keyboardist, guitarist, songwriter, and producer who has a net worth of $70 million. He is best known for being one half of the popular musical duo Hall and Oates which has sold more than 40 million records worldwide.

Daryl Franklin Hohl, better known by his stage name Daryl Hall, was born in Pottstown, Pennsylvania, on October 11, 1946. His parents both came from musical backgrounds—his mother had worked as a vocal coach and his father hailed from a choral-group family. While Hall was still a student at Owen J. Roberts High School, he started making and recording his own music. Following his high school graduation in 1964, he continued his education at Temple University in Philadelphia, where he majored in music. During his first semester on campus, Hall and four other students from Temple joined together and formed the vocal group the Temptones. Eventually, the Temptones established a name for themselves, even winning a singing contest, and had the opportunity to record a few singles with Arctic Records.

In 1967, Hall met fellow Temple undergraduate student John Oates. At the time, Hall was a senior, and Oates was a freshman. They formed a working relationship and often played music together, and signed their first recording contract in the beginning of 1972. Hall generally serves as the duo's lead vocalist, with Oates playing the electric guitar and providing backing vocals. In addition to performing together, the duo also generally write most of their own songs, either in collaboration with each other or separately.

After joining Atlantic Records in 1972, Hall and Oates released their debut studio album "Whole Oats" later that year in November. Their other two albums with Atlantic were "Abandoned Luncheonette" (1973) and "War Babies" (1974). Throughout these initial three albums, the duo struggled to define their sound, and alternated between a variety of genres including folk, soul, rock, and pop. As a result, their first three albums did not perform particularly well, despite being produced by big-name producers like Arif Mardin and Todd Rundgren.

Following their departure from Atlantic Records after releasing their third album, the duo signed on to RCA. It is during this period, from the mid-1970s to the mid-1980s, that they really broke through and achieved widespread fame and recognition for their signature musical style that fused together elements of rock and roll with the rhythm and blues. In total, Hall and Oates released eighteen studio albums, and sold an estimated 40 million records. In addition to having seven RIAA-certified platinum albums and six gold albums, they had 34 hits chart on the US Billboard Hot 100, including six No. 1 hits. The duo were inducted into the Songwriters Hall of Fame in 2003, and received a star on the Hollywood Walk of Fame in September 2016.

In addition to his work with Hall and Oates, Hall also has worked extensively as a solo artist on his own projects. In the late 1970s, he worked with guitarist Robert Fripp on new material that was included on Fripp's album "Exposure" (1979). Hall then released his debut solo album, "Sacred Songs", in 1980—it was actually produced by Fripp. He would go on to release six more solo albums, "Three Hearts in the Happy Ending Machine" (1986), "The Classic Ballads" (1986), "Soul Alone" (1993), "Can't Stop Dreaming" (1996), "Live in Philadelphia" (2004), and "Laughing Down Crying" (2011). He also work on other projects, such as co-writing and producing the single "Swept Away" for Diana Ross, along with Arthur Baker; composing the song "Gloryland" for the official album of the 1994 FIFA World Cup; provided guest vocals on the song "Reaching Out" (2011), by the UK Electronic duo Nero; and performing with electronic duo Chromeo at the Bonnaroo Music and Arts Festival in 2010.

Outside of music, Hall is known for his passion for restoring and preserving historical homes in the United States and England. In fact, in 2014 he had his own reality show on the DIY Network, "Daryl's Restoration Over-Hall", that followed him and his crew working on one of his properties. Some of the properties he has purchased to work on over the years include an 18th century Bray House in Kittery Point, Maine, that he bought in 2008; a Georgian-style house in London, England, that has waterfront access to the River Thames and is said to have been first built in 1740; and two homes around Hartford, Connecticut, that he moved to a property in New York and merged together.

Hall is also known for being the host of the online show/webcast "Live from Daryl's House" since 2007. For several years the show was filmed from his home in Millerton, New York (and occasionally from his club in Pawling, New York, called Daryl's House), and features live music acts. Artists that have been featured on the show include Johnny Rzeznik, CeeLo Green, Smokey Robinson, Joe Walsh Rob Thomas, Todd Rundgren, and Darius Rucker, among many others. 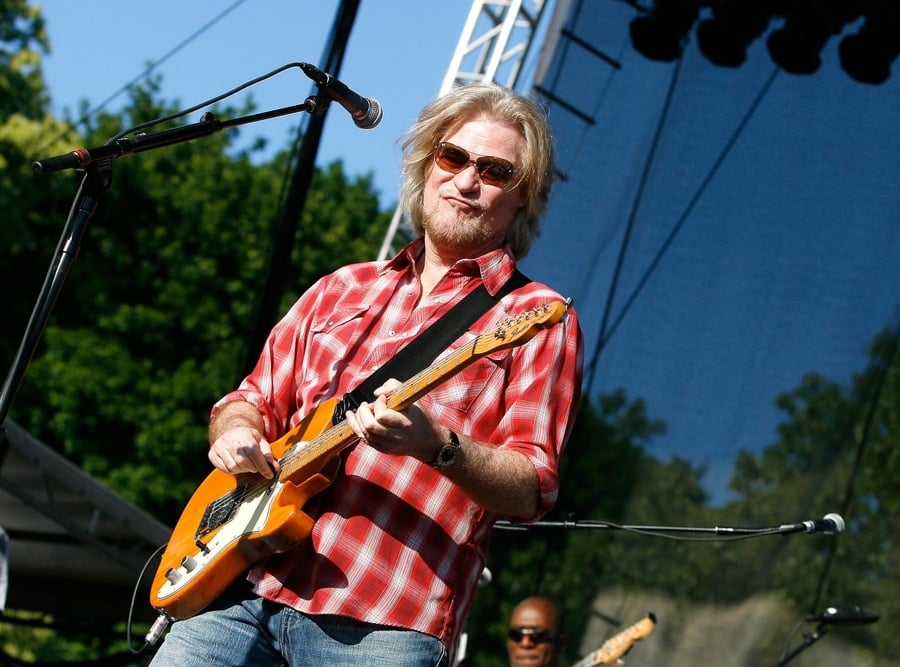 Daryl has owned and sold a number of impressive properties during his life. One of the most famous is the Millerton home where he filmed his show. Located off Huckleberry Road technically in the town of Amenia, Daryl pieced together the property over several transactions. The end result was a 245-acre estate. For the main house, Daryl located two 18th-century homes in Connecticut. He bought the homes and transported them to his property. He then meticulously reassembled both into one large 24-room home. Daryl first attempted to sell this property for $16 million in 2009. By 2012 he had dropped the price to $8.75 million. He finally found a buyer in 2013. The new owners added an additional 200-acres to the property and listed it for sale in 2018 for $17 million. They have not found a buyer as of this writing.

In 2008, Daryl paid $1.9 million at auction for the oldest home in Maine, known as the Bray House. He likely saved the home from destruction. After performing various restorations and renovations, he listed the home in 2013 for roughly what he paid a few years earlier.

He owns a roughly 40-acre property in western Connecticut.

Daryl also owns two homes in London, one in Chelsea that dates back to the 1840s and another from the 1740s that is one of fewer than 50 houses that have frontage views of the Thames River.

He previously owned a property in the Bahamas in an exclusive community.

Hall was married to his first wife, Bryna Lublin, from 1969 to 1972. He was in a relationship with songwriter Sara Allen for almost 30 years. Allen was one of Hall's frequent musical collaborators, and they remained friends after ending their relationship in 2001. In 2009 he married Amanda Aspinall, the daughter of British gambling mogul John Aspinall. They divorced in 2015. Hall has one biological child, a son named Darren Hall, that he shares with Andrea Zabloski.