Daron Malakian net worth: Daron Malakian is an Armenian-American musician and record producer who has a net worth of $20 million. He is best known as the guitarist, songwriter, and second vocalist of System of a Down, and as the lead vocalist, guitarist, and songwriter in the band, Scars on Broadway.

He is placed 30th in Guitar World's list of The 100 Greatest Heavy Metal Guitarists of All time and won a Grammy for Best Hard Rock Performance for "BYOB" in 2006 as part of System of a Down. He was born on July 18, 1975 in Los Angeles as the only child of immigrants. Daron was extremely unmotivated in school, and by the time his studies had suffered enough for him to be removed from private school and placed into public Glendale High School, he had very little concern with completing courses in school, and was becoming far more interested in "creative" activities such as playing the drums and the guitar. At a very early age, Malakian became interested in heavy metal music, and picked up his first guitar at the age of 11. He first learned how to play but ear, and as a teenager realized that the guitar was also an incredible songwriting instrument. Over time, he expanded his musical tastes, but still favored heavy metal music which ultimately brought him a great deal of success as he paired his music ability with this genre. He met his future bandmates at Rose and Alex Pilibos Armenian School in Los Feliz, and eventually formed System of a Down based on a poem that he wrote, called "Victims of a Down. Malakian co-produced System of a Down's albums with Rick Rubin, in addition to albums by The Ambulance and Bad Acid Trip. In 2003, he started his own label, EatUrMusic, and the band, Amen was the first band to sign.

Upon System of a Down going on hiatus, In 2008, Malakian announced he was working on another project, a new band called Scars of Broadway. His involvement was short-lived and the band eventually broke up within a few years. Malakian was dating Jessica Miller from 1996-2003, and the couple were engaged from 2003-2006, but sadly they are no longer together. 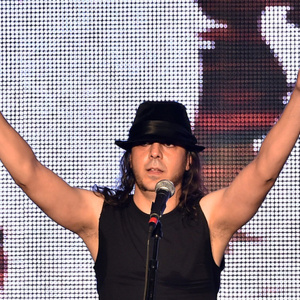