D'arcy Wretzky net worth: D'arcy Wretzky is an American musician who has a net worth of $7 million. D'arcy Wretzky was born in South Haven, Michigan in May 1968. She is best known for being the original bass player of the rock band The Smashing Pumpkins. Wretzky played bass guitar and backing vocals with the band from 1988 to 1999.

The Smashing Pumpkins released their debut studio album Gish in 1991. Their second album Siamese Dream was released in 1993 and reached #1 in the United States. The band's third album Mellon Collie and the Infinite Sadness was released in 1995 and reached #1 in four countries including the US. Their fourth album Adore was released in 1998 and reached the Top 5 in nine countries. The Smashing Pumpkins hit singles include "Cherub Rock", "Today", "Disarm", "Bullet with Butterfly Wings", "1979", "Tonight, Tonight", "Thirty-Three", "The End is the Beginning Is the End", "Ava Adore", and "Perfect". Wretzky joined the band Catherine and was featured on the Filter single "Take A Picture". 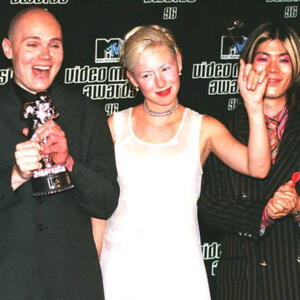