What is Darci Lynne Farmer's Net Worth?

Darci Lynne Farmer is an American ventriloquist and television personality who has a net worth of $8 million. Darci Lynne Farmer first achieved national recognition in 2016 when she appeared on the television variety series "Little Big Shots." She rose to greater fame the following year when she won the 12th season of "America's Got Talent." Since then, Lynne has made appearances on a number of other television programs, and has gone on many tours with her ventriloquy puppets. For winning America's Got Talent, she won $1 million and her own show in Las Vegas.

Darci Lynne Farmer was born on October 12, 2004 in Oklahoma City, Oklahoma to Misty and Clarke. She has three brothers. As a child, Lynne loved to sing, but was too shy to perform in front of audiences. To encourage her to overcome this fear, her parents suggested that she participate in the 2014 International Cinderella Scholarship Program. In addition to being crowned International Mini Miss at the pageant, Lynne met young ventriloquist Laryssa Bonacquisti, who inspired her to try ventriloquy herself. After her parents bought her a puppet for her tenth birthday, Lynne entered the local Edmond's Got Talent competition and won first place. Shortly after this, she met ventriloquy coach Gary Owen, who became her coach and manager. Lynne went on to win first place in the junior divisions of Oklahoma's Got Talent and Oklahoma Kids in 2015.

In March of 2016, Lynne came to national attention when she appeared on the television variety show "Little Big Shots." For her appearance, she performed the song "I Want to Be a Cowboy's Sweetheart" with her puppet Katie. Later in the year, Lynne performed at the Vent Haven International Ventriloquists' ConVENTion, where she became the event's first-ever child ventriloquist to perform at an evening show. A year after her initial appearance on "Little Big Shots" in the US, Lynne appeared on the British version of the show performing the same song as before.

Lynne achieved her greatest fame yet in 2017 when she competed on the 12th season of the television competition series "America's Got Talent." In the season's first episode, she performed the song "Summertime" with her bunny puppet Petunia. Within 30 hours of the broadcast, the performance became the most viewed "AGT" video ever on YouTube. For her next performance, Lynne serenaded judge Mel B with her mouse puppet Oscar while performing "Who's Lovin' You." She then advanced to the semifinals, where she and puppet Edna Doorknocker sang "(You Make Me Feel Like) A Natural Woman." In the competition final, Lynne performed "With a Little Help from My Friends" with puppets Oscar and Petunia. Finally, in the "AGT" finale episode, she performed "Anything You Can Do" alongside her idol Terry Fator. Lynne was subsequently announced as the winner of the season, receiving a $1 million prize and a headlining show at Planet Hollywood in Las Vegas. 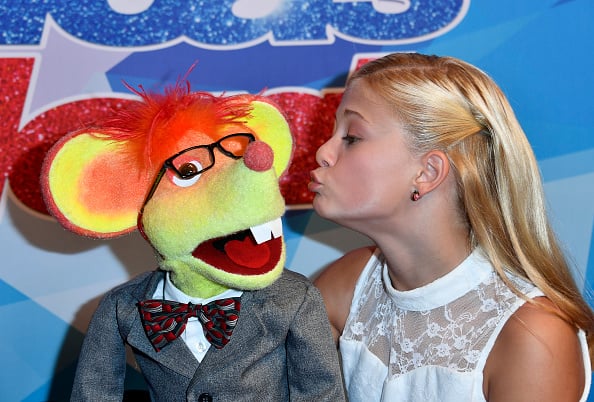 Lynne has appeared on numerous television programs following her success on "AGT." In 2017, she appeared with her puppet Petunia in the special "A Very Pentatonix Christmas." The next year, Lynne starred in her own special entitled "Darci Lynne: My Hometown Christmas." She also made a guest appearance on the reality competition show "Kids Baking Championship" and performed "Jingle Bell Rock" on the "Christmas in Rockefeller Center" telecast on NBC. In 2019, Lynne returned to "AGT" to compete on the spinoff series "America's Got Talent: The Champions." Despite being voted in the top three in the preliminaries, she ultimately failed to earn enough votes to continue to the subsequent round. However, Lynne came back as a wild card act en route to the final, and finished in second place behind magician Shin Lim. Over the following years, she returned to "AGT" on various occasions as a guest performer.

In 2019 and 2020, Lynne appeared on the sketch comedy series "All That." During this time, she also made appearances on "Winner Cake All," "Ryan's Mystery Playdate," and the game show "Nickelodeon's Unfiltered," on which she began serving as a panelist. In 2021, Lynne was in an episode of another Nickelodeon show, "Side Hustle." Among her other television appearances, she has been a guest on "The Ellen DeGeneres Show," "Today," "Steve," and "The Kelly Clarkson Show."

Tours and Other Live Appearances

Lynne has toured extensively with her puppets, and has performed at a number of major events. As part of a New Year's Eve event in 2016, she performed at Caesars Palace in Las Vegas. A couple years later, Lynne embarked on her first national tour, called "Darci Lynne and Friends Live." Starting with just five locations, the tour ended up expanding to 52 dates between 2018 and 2019. During this time, Lynne participated in the Starkey Hearing Foundation gala. She later announced her second tour, "Darci Lynne and Friends: Fresh Out of the Box." In July of 2021, Lynne began her third tour, "My Lips Are Sealed (Except When They're Not)," scheduled to run through November of 2022.

Due to her win on "America's Got Talent" and her subsequent career success, Lynne has been credited with reviving the art of ventriloquism. In the summer of 2020, the Edmond Historical Society and Museum in Oklahoma opened an exhibit dedicated to her called Darci Lynne's Got Talent. The exhibit featured her original practice puppets, clothing from her performances on television, and tour posters, among other items. 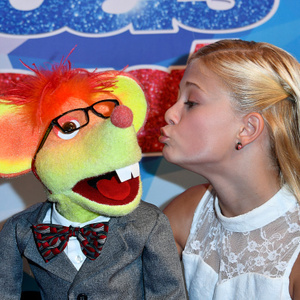