Danger Mouse net worth: Danger Mouse is an American musician, songwriter and producer who has a net worth of $4 milliopn dollars. Born in White Plains, New York on July 29, 1977 as Brian Joseph Burton, Danger Mouse is best known for releasing The Grey Album– a mixture of influences from Jay-Z's The Black Album and The Beatles' The White Album.

He is also well known for co-founding Gnarls Barkley with Cee Lo Green. He specializes in hip hop, alternative rock, electronica, indie rock, folk rock, and neo-soul music. He has produced several albums including Demon Days by The Gorillaz, Modern Guilt by Beck, Attack & Release by The Black Keys, Little Broken Hearts by Norah Jones, Mondo by Electric Guest, Evil Friends by Portugal. The Man, and El Camino, Turn Blue by The Black Keys. He won the Grammy Award for Producer of the Year in 2011. The music by Danger Mouse is often described as cinematic and has even been compared to Woody Allen. He has earned five Grammy Awards and was recognized as International Producer of the Year in 2013 by the Music Producers Guild. He has produce over 27 renowned albums under the name Danger Mouse, three as Pelican City, and has released seven Danger Mouse promos. He most recently produced U2's single "Invisible," which aired on Super Bowl Sunday on February 2, 2014. 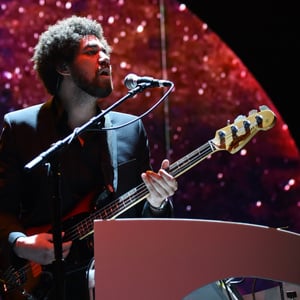