Dan Navarro net worth: Dan Navarro is an American singer, musician, and voice actor who has a net worth of $2 million. He is perhaps best known for being half of the duo Lowen & Navarro.

Dan Navarro was born in September 1952. He is the first cousin of Dave Navarro from the band's Jane's Addiction and Red Hot Chili Peppers. He is a member of the songwriting team Lowen & Navarro with David Eric Lowen. The two met in Los Angeles, California in the 1980s and wrote the song "We Belong" for Pat Benatar. They began performing in 1987 and started releasing albums in 1990. When Lowen was diagnosed with ALS the duo stopped performing and Dan Navarro has become a solo performer. Lowen and Navarro have worked with other artists including Jackson Browne, Keb' Mo', The Refugees, The Bangles, and more. Eric Lowen passed away in 2012. Dan Navarro released his solo debut studio album Shed My Skin in 2019. 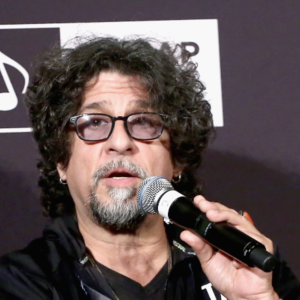