Dan Donegan Net Worth: Dan Donegan is an American musician and guitarist who has a net worth of $25 million dollars. Born in Oak Lawn, Illinois on August 1, 1968, Dan Donegan is best known for playing in the popular heavy metal band, Disturbed. He plays both guitar and keyboard and has been active in the music industry since 1986.

He has been affiliated with record labels such as Giant, Intoxication, Reprise, and Warner Bros. He also currently plays in a side project called Fight or Flight. He currently has two children by the names of Maya and Justin. Donegan's notable musical equipment includes a Schecter Ultra Dan Donegan signature model guitar as well as a Shceter Solo-6 2010 limited edition guitar, a Randal RM4 preamp, Mesa/Boogie Dual and Triple Rectifier amps, Bogner Ecstasy heads, and Digitech effects. He has released six studio albums with Disturbed, one with Fight or Flight, one with Vandal, and one demo tape with Brawl. 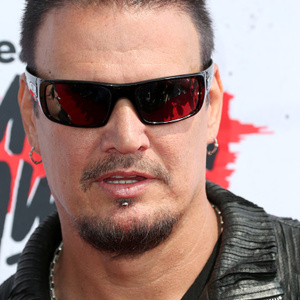