D.J. Fontana Net Worth: D.J. Fontana was an American musician who had a net worth of $5 million at the time of his death in 2018. D.J. Fontana was born in Shreveport, Louisiana in March 1931. He was best known for being the drummer for Elvis Presley. D.J. was an in-house drummer for Louisiana Hayride's Saturday night radio broadcast before being hired by Elvis in 1954. He joined the band The Blue Moon Boys featuring Presley. He played on more than 460 songs for RCA records including "Heartbreak Hotel", "Don't Be Cruel", "Hound Dog", and "Jailhouse Rock". He also toured with the band and appeared on many television programs such as the Ed Sullivan Show. The band broke up in 1958 but D.J. still played and recorded for Elvis in the 1960s. Fontana played with former bandmate Scotty Moore for a recording of "That's All Right (Mama)" with Paul McCartney in 2002. Fontana published the 1983 book D.J. Fontana Remembers Elvis. He was played by Ed Begley, Jr. in the film Elvis in 1979 and by Eric William Pierson in the CBS mini-series Elvis in 2005. Fontana was inducted into the Rockabilly Hall of Fame in 2009 and into the Rock and Roll Hall of Fame the same year in the sidemen category. 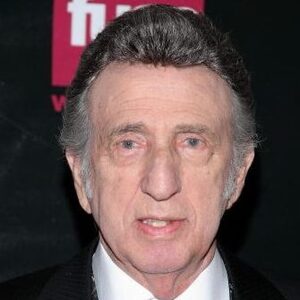