Cy Curnin net worth: Cy Curnin is an English singer, songwriter, and musician who has a net worth of $12 million. Cy Curnin was born in Wimbledon, England in December 1957. He is best known as the lead vocalist for the new wave band The Fixx. The band formed in London in 1979 and released their debut studio album Shuttered Room in 1982. The Fixx's album Reach the Beach was released in 1983 and reached #8 in both the US and Canada. They went on to release the albums Phantoms in 1984, Calm Animals in 1988, Ink in 1991, Elemental in 1998, 1011 Woodland in 1999, Want That Life in 2003, and Beautiful Friction in 2012. The Fixx's most successful single "One Thing Leads to Another" reached #1 in Canada and #4 on the US Hot 100 charts. Their songs "Are We Ourselves?", "Secret Separation", and Driven Out all reached #1 on the US Mainstream Rock chart. Curnin has also released four solo studio albums and one EP. 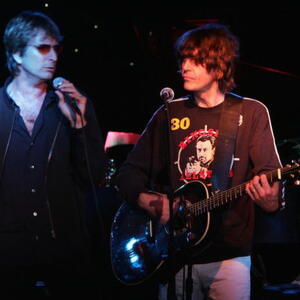