What is Courtney Love's Net Worth?

Courtney Love is an American musician and actress who has a net worth of $100 million. An ever-present force during the heyday of alternative rock music and a founding member of the band Hole, Love has certainly left a mark on the entertainment industry. Rolling Stone magazine has deemed Love "the most controversial woman in rock and roll," and she is also an actress and writer; she won several awards for her performance in "The People vs. Larry Flynt" (1996), and she published her memoir, " Dirty Blonde: The Diaries of Courtney Love," in 2006.

Courtney's net worth is largely derived from the ownership stake in Nirvana that she inherited when her husband, Kurt Cobain, died. Upon his death from suicide, Courtney inherited both Kurt's writing and publishing rights, which were valued at $130 and $115 million respectively. Courtney also owns a vast collection of Kurt's personal effects, including guitars, clothing, notes, and other items that are valued at over $120 million. In 2009, Courtney shocked the media when she claimed that nearly all the money she received from Kurt's estate had been stolen or lost by accountants and bad financial advisers. At the time, she claimed the losses included $30 million in cash and as much as $500 million in real estate.

When Courtney and Kurt's daughter Frances Bean Cobain turned 18, she replaced Courtney as the primary beneficiary of Kurt's estate which ultimately could be as much as $200 million today. When Frances was going through a divorce in 2017, it was revealed that up to that point she had received $20-30 million from her father's estate, leaving her with a net worth of $11.2 million. Furthermore we learned that Frances earns on average $100,000 per month in royalties alone from her father's music rights.

Courtney Love was born Courtney Michelle Harrison on July 9, 1964, in San Francisco, California. Her mother, Linda, is a psychotherapist and author, and her father, Hank, worked as a road manager for the Grateful Dead; the band's bassist, Phil Lesh, is Love's godfather. (Both parents have released books about Courtney; Linda is the author of "Her Mother's Daughter: A Memoir of the Mother I Never Knew and of My Daughter, Courtney Love," and Hank published "Love Kills: The Assassination of Kurt Cobain," which aims to prove that Courtney was involved in Cobain's death.) Love's parents were divorced in 1970, and Courtney moved to Marcola, Oregon, with her mother and was later adopted by her stepfather, Frank Rodriguez. Linda and Frank had 2 daughters together, and they adopted a son; they also had a baby boy who died of a heart defect.

In 1972, Linda got divorced, then remarried and moved her children to New Zealand; Courtney attended the Nelson College for Girls but was expelled, and Linda sent her back to Oregon to be raised by Rodriguez. Linda welcomed 2 sons with her new husband while Love was back in the U.S. Courtney was sent to juvenile hall at 14 after a shoplifting arrest, then placed in foster care until 16, when she was legally emancipated. She began working as a stripper, using the stage name "Courtney Love," and studied philosophy and English at Portland State University. Courtney later studied theology at Trinity College in Dublin, Ireland, where Hank was living at the time.

Love began her music career with Faith No More in 1982, but she was kicked out of the band. She later formed the band Pagan Babies, and after moving to Los Angeles in 1988, she formed Hole with Eric Erlandson, Lisa Roberts, and Caroline Rue. They released their debut album, "Pretty on the Inside," in 1991, and "Spin" magazine named it one of the 20 best albums of the year. Hole recorded their next album, "Live Through This," with a new line-up (including Kristen Pfaff and Patty Schemel); it was released in 1994, a week after Cobain's death. Two months later, Pfaff died of a heroin overdose, and Melissa Auf der Maur became the band's new bassist. "Live Through This" went platinum a year after its release, and the band followed it up with 1998's "Celebrity Skin," which earned the band 4 Grammy nominations. Hole disbanded in 2002 and reunited in 2009, releasing "Nobody's Daughter" the following year and touring internationally from 2010 until late 2012. After Hole's original disbandment, Love launched a solo career with the aid of producer and Smashing Pumpkins frontman Billy Corgan, but audiences and critics panned her 2004 release, "America's Sweetheart." 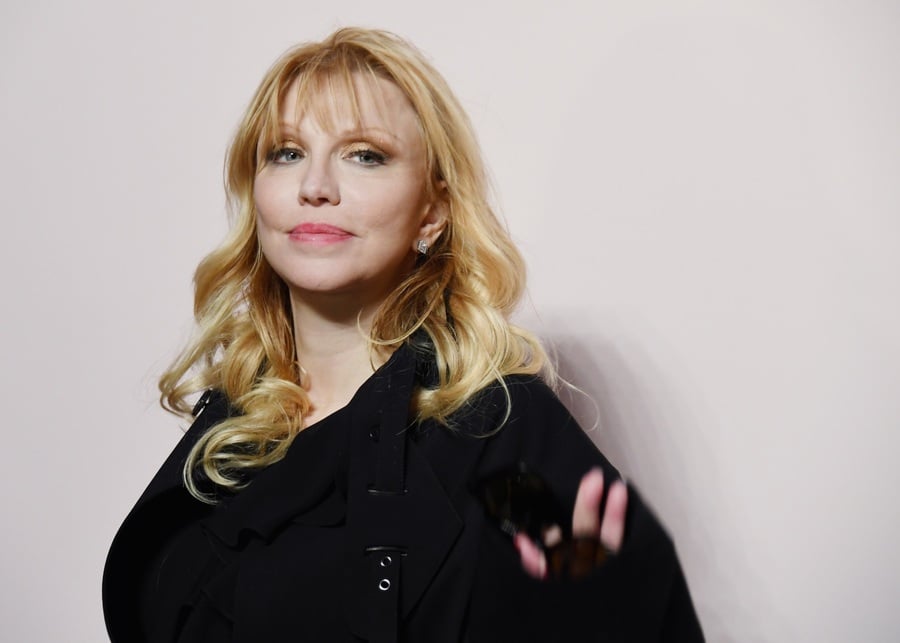 Courtney made her big screen debut in 1986's "Sid and Nancy" and has appeared in several films since, including 1999's "Man on the Moon" and "200 Cigarettes." Her performance as Althea Flynt in "The People vs. Larry Flynt" earned her a Golden Globe nomination as well as awards from the Boston Society of Film Critics, Chicago Film Critics Association, Florida Film Critics Circle, and New York Film Critics Circle; she also won a Best Actress award at Outfest for 2001's "Julie Johnson." Love has also appeared in many television projects, with recurring roles on "Sons of Anarchy" and "Empire."

In 1995, Courtney was charged with assault for punching musician Kathleen Hanna at Lollapalooza, and she was arrested for disrupting flights in 1995 and 2003, resulting in Love being banned from Virgin Airlines. Also in 2003, she was arrested for breaking windows at boyfriend James Barber's house while under the influence of drugs, and she was arrested for hitting a fan with a microphone stand during a 2004 concert. In 2018, she was sued by Isaiah Silva, her daughter's ex-husband, for allegedly ordering his kidnapping and attempted murder.

Courtney married singer James Moreland in 1989, and they divorced later that year. She wed Nirvana frontman Kurt Cobain on February 24, 1992, and they welcomed daughter Frances Bean in August. The couple was widely known for their drug use, a favorite being heroin, and Love was in rehab when Cobain died from a self-inflicted gunshot wound on April 5, 1994. Courtney temporarily lost custody of her daughter after a 2003 drug possession charge, and after several stints in rehab, Love announced that she was celebrating 18 months of sobriety while accepting an Icon Award at the NME Awards ceremony in February 2020. 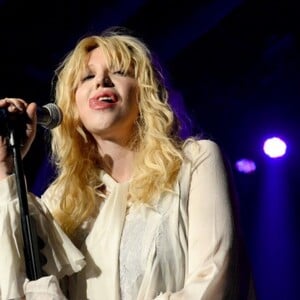