What is Corey Taylor's Net Worth?

Corey Taylor is a singer, songwriter, and musician, best known as the frontman and lyricist of the rock bands Slipknot and Stone Sour. Corey Taylor has a net worth of $10 million. He also has a solo career, and has written New York Times-bestselling books. Additionally, Taylor has collaborated with such bands as Korn, Apocalyptica, Steel Panther, and Code Orange.

Corey Taylor was born in 1973 in Des Moines, Iowa, and was mostly brought up by his single mother in Waterloo. He is of Irish and Dutch ancestry on his mother's side, and of Irish, German, and Native American descent on his father's side. Early on, after seeing the trailer for the 1978 horror film "Halloween," Taylor developed a nascent interest in masks and horror themes. Meanwhile, he was introduced to rock music by his grandmother, who showed him a collection of Elvis Presley records.

By the age of 15, Taylor had become addicted to controlled substances, and twice overdosed on cocaine. He was taken into legal custody by his grandmother, who bought him musical equipment. Taylor continued to struggle with substance abuse and his mental health, attempting suicide when he was 18.

In 1992, Taylor and drummer Joel Ekman founded the hard rock band Stone Sour. Soon after, Shawn Economaki joined as the bass player, while the electric guitar position was taken by Josh Rand. The band recorded a demo album in 1993, and then another the following year. While the group was recording a new demo album, Taylor was approached by the metal band Slipknot, causing him to temporarily leave Stone Sour. He returned five years later for the group's self-titled debut album, which debuted at number 46 on the Billboard 200 in 2002. An even greater success came with the band's second album, "Come What(ever) May," which debuted at number four on the Billboard 200 in 2006. This was followed four years later by "Audio Secrecy," which debuted at number six on the chart.

Among Stone Sour's other projects is "House of Gold & Bones," a concept double album. The first part was released in fall of 2012, with the second part coming out in the spring of 2013. As a supplement, Taylor wrote a four-part comic book series that was published by Dark Horse Comics.

While a member of Stone Sour in 1997, Taylor was recruited to join the band Slipknot by Joey Jordison, Mick Thomson, and Shawn Crahan. He has recorded with the band ever since the release of its second demo album, serving as the permanent lead vocalist. In 1999, Slipknot released its self-titled debut, which peaked at number one on the Top Heatseekers chart and went double Platinum in the United States. This was followed by "Iowa" in 2001, which hit number one on the UK Albums Chart and number three on the US Billboard 200. More success came with 2004's "Vol. 3: (The Subliminal Verses)," the group's first album to incorporate more traditional melodic song structures and acoustic arrangements. Ascending to number two on the Billboard 200, the album also netted Slipknot a Grammy Award for Best Metal Performance, for the song "Before I Forget."

In 2008, Slipknot released its first album to reach number one on the Billboard 200: "All Hope is Gone." The album is also the band's final one to feature its entire original lineup. Subsequent Slipknot albums have included 2014's ".5: The Gray Chapter," which received a Grammy Award nomination for Best Rock Album, and 2019's "We Are Not Your Kind," which was the band's third consecutive album to debut at number one on both the UK Albums Chart and the US Billboard 200. 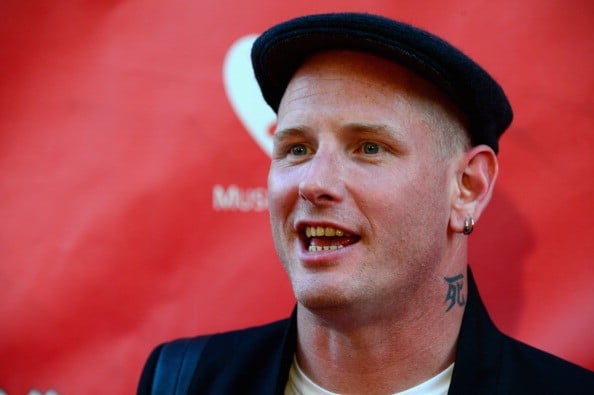 Beyond Stone Sour and Slipknot, Taylor has collaborated with numerous other musical artists throughout his career. He has made guest appearances on albums by such bands as Steel Panther, Apocalyptica, Damageplan, and Soulfly, and contributed to the "Roadrunner United" all-star album. In 2009, Taylor performed with the Junk Beer Kidnap Band at Rockfest in Des Moines. He has also performed with the bands Dum Fux and Audacious P. In 2019, he worked with the band Falling in Reverse on the track "Drugs," and was also featured on Nostalgia Critic's parody album of Pink Floyd's "The Wall."

As a producer, Taylor founded his record company Great Big Mouth Records in 2006. He has produced two albums: "Redemption" by Walls of Jericho and "Facecage" by the eponymous band. Taylor also has a solo career, having released his debut solo album, "CMFT," in 2020.

Taylor has had a successful writing career in addition to his music. From 2001 to 2016, he penned a monthly column for the British publication "Rock Sound." In 2011, he released his first book, "Seven Deadly Sins: Settling the Argument Between Born Bad and Damaged Good." This was followed by 2013's "A Funny Thing Happened on the Way to Heaven (Or How I Made Peace with the Paranormal and Stigmatized Zealots & Cynics in the Process)."

On the big screen, Taylor has appeared in many films as himself, including the 2002 remake of "Rollerball" and the documentary "Get Thrashed." He had a rare fictional role in the 2014 horror film "Fear Clinic," playing the character of Bauer.

In 2002, Taylor had a son named Griffin with his then-fiancée, Scarlett. The couple married in 2004, and got divorced in 2007. A couple years later, Taylor wed Stephanie Luby in Las Vegas; they separated in 2017. In 2019, Taylor married Alicia Dove. From an earlier relationship, he has a daughter named Angeline. 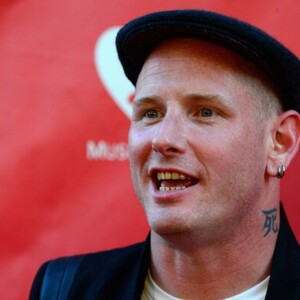