What is Colin Hay's Net Worth?

Colin Hay is a Scottish-Australian musician who has a net worth of $8 million. He is perhaps best known for acting as the lead singer of the band Men at Work, although he later achieved additional success as a solo artist. During the 2000s, his music was used heavily by director and actor Zach Braff, which helped him go through something of a career resurgence. In addition, he is known for performing alongside Ringo Starr in the latter's group, Ringo Starr & His All-Starr Band.

Outside of music, Hay has certainly had his fair share of acting roles. He has appeared in television shows like "The Larry Anders Show," "JAG," "The Mick Mollow Show," "A Million Little Things," "Scrubs," "What About Brian," "The Black Donnellys," "Cane," and "Casualty." In addition, Colin has appeared in films like "Cosi."

Colin James Hay was born on June 29th of 1953 in Kilwinning, Scotland. He was raised in Scotland until the age of 14, at which point he relocated with his parents to Australia. After this point, he lived in Melbourne and started to get involved in the local music scene.

By his mid-20s, Hay had connected with Australian musician Ron Strykert. Together, they started performing locally as an acoustic duo. By 1979, Jerry Speiser and Greg Ham had joined the group, and they later officially became known as Men at Work. Two years later, the band had released their first album, entitled "Business as Usual." The album was released in 1981 and was fueled by the success of singles like "Who Can It Be Now?" The album eventually topped the charts in Australia with the hit single "Down Under."

Despite promising success in Australia and New Zealand, the band was slow to catch on in North America. Things began to change in 1982, however, when the group gained traction in Canada and joined Fleetwood Mac on tour. Later, "Who Can It Be Now?" topped the charts in the USA. In 1983, the group released their second album, entitled "Cargo." This album featured songs like "Overkill" and "It's a Mistake," and it reached the number-six spot in the United States. The band then toured extensively on the heels of these successful first two albums. 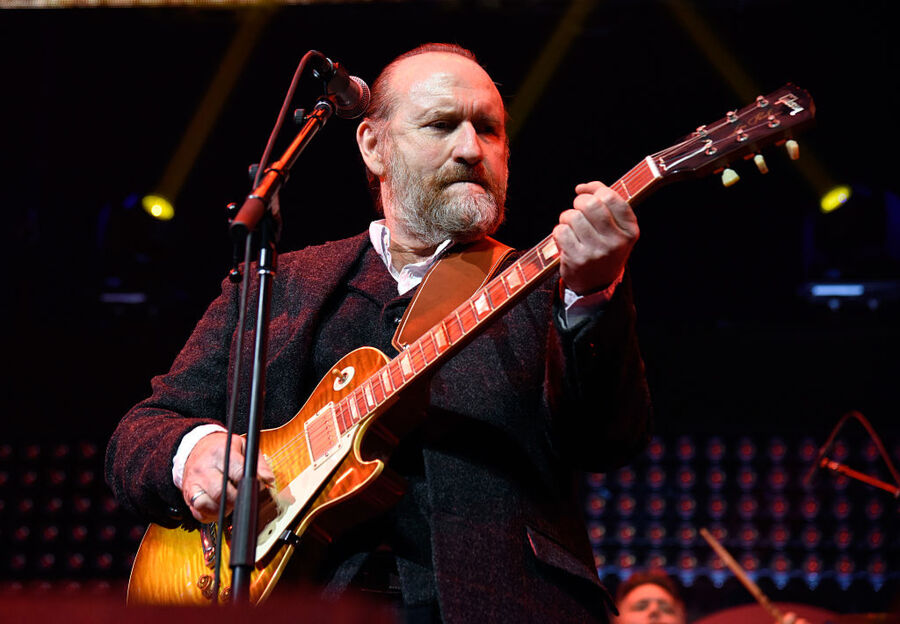 By 1984, tensions had begun to rise in the band. Hay and Speiser were especially combative towards one another. Rees and Speiser were eventually ousted with the remaining three members continuing with the production of a third album called "Two Hearts." To replace the missing members, Hay and the others welcomed newcomers like Jeremy Alsop and Mark Kennedy. Unfortunately, this album failed to achieve the same levels of success as their first two entries, and it only managed to reach the number-50 spot on the US charts.

After touring briefly, the band broke up and Hay embarked on a solo career. His debut single was "Hold Me," which was released in 1987. He then released a solo album entitled "Looking for Jack," which didn't fare much better than "Two Hearts." In 1989, Colin officially relocated to the United States, settling in the Topanga neighborhood of Los Angeles. He never lived permanently in Australia after this point and eventually became a naturalized US citizen in 2016.

After settling in Los Angeles, Hay continued with his solo career and released a second studio album entitled "Wayfaring Sons." Unfortunately, this album failed to chart. In 1992, he released an acoustic album named "Peaks & Valleys." This album featured his sister Carol on vocals.

By 1994, Colin Hay had been inducted into the ARIA Hall of Fame along with the other members of Men at Work. That year, he established his own record label called Lazy Eye Records and released a fourth studio solo album called "Topanga." In 1996, Men at Work finally reunited and toured throughout South America. During this time, they released a live album entitled "Brazil."

During the 2000s, Hay became increasingly active in the entertainment world, providing the voice for an animated film called "The Wild." He also joined the cast of the 2008 horror movie called "The Uninvited." During this period, Hay continued to release solo albums like "Are You Lookin' at Me?" and "American Sunshine." In 2011, he released an eleventh solo album entitled "Gathering Mercury."

In 2015, he released another album called "Next Year People." "Fierce Mercy" followed, after which Colin went several years without releasing another album. Then in 2021, he came out with "I Just Don't Know What to Do with Myself." That year, an Australian producer named Christian Benson remixed "Down Under" by Men at Work, turning it into a Drum and Bass track. Hay re-recorded the vocals for the remix, which eventually reached the number-32 spot on the UK singles chart.

Colin Hay's wife is singer Cecilia Noël, who often performs alongside him during his live performances. The couple continues to live together in the Topanga Canyon of Greater Los Angeles. 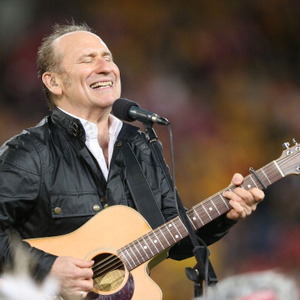