Cliff Richard net worth: Cliff Richard is a British pop singer, musician, performer and actor who has a net worth of $110 million dollars. A singer, actor, producer, businessman, and philanthropist, Cliff Richard has had a #1 single on the charts every decade for the last 60 years. He has sold 260 million albums worldwide and is the highest selling singles artist of all time in the United Kingdom. Born Harry Rodger Webb on October 14, 1940, in Lucknow, India, Richard is the third-top-selling singles artist in the United Kingdom's history. In the late '50s, early '60s he dominated the British popular music scene during this pre-Beatles period. Even the late John Lennon once claimed that "before Cliff and the Shadows there had been nothing worth listening to in British music." Richard's career spanned more 50 years and earned Richard many gold and platinum awards. Though he never achieved the same level of success in the United States, his single We Don't Talk Anymore reached the Billboard Hot 100s Top 40 in the '80s. In 1980, he also teamed up with Australian singing sensation Olivia Newton-John in the duet Suddenly, from the film Xanadu. The song peaked at #20 in the United Kingdom. Richard later confessed that in the early '70s he was in love with Olivia Newton-John. When asked why he never married, Richard said he had "a few false alarms" has "been in love, but marriage is a big commitment and being an artist consumes a great deal of time." On June 17, 1995 Richard was appointed a Knight Bachelor (the basic 'knight' ranking in the British honours system). Sir Cliff Richard has addressed long-running rumors about his sexuality by once asking a television interviewer: "If I was gay, would it make any difference?" 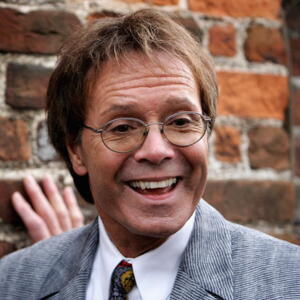