What is Cliff Burton's Net Worth?

Cliff Burton was an American musician who had a net worth of $1 million at the time of his death. He was best known for being the bassist for the heavy metal band Metallica from 1982 to his death in 1986. With the group, he recorded the albums "Kill 'Em All," "Ride the Lightning," and "Master of Puppets." Cliff died on September 27, 1986 at the age of 24 in a tour bus crash in Sweden.

Burton also received a posthumous writing credit for the song "To Live Is to Die" on Metallica's fourth album …And Justice For All. He was also posthumously inducted into the Rock and Roll Hall of Fame as part of Metallica in 2009.

Burton was named the 9th greatest bassist of all time by a Rolling Stone readers' poll in 2011. In 2013 Aria guitars released the Aria Pro II Cliff Barton Signature Bass. 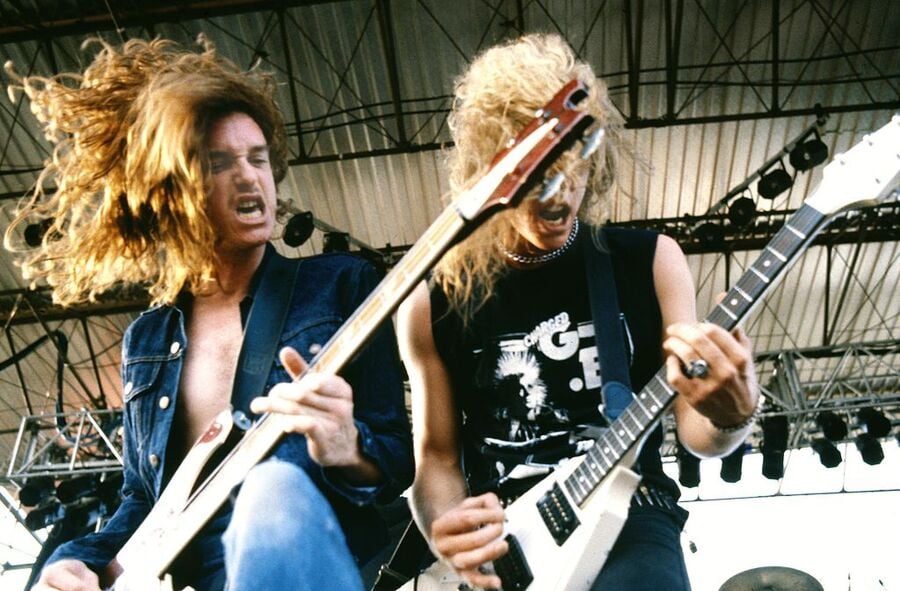 Cliff Burton was born on February 10, 1962 in Castro Valley, California to Jan and Ray. He had an older brother named Scott and an older sister named Connie. As a youth, Burton was introduced to classical music by his father, and started taking piano lessons. He went on to become interested in rock, country, and heavy metal music. When he was 13, following the death of his brother, Burton began playing the bass. While attending Castro Valley High School, he formed a band called EZ-Street. Later, as a student at Chabot College in Hayward, California, Burton formed another band called Agents of Misfortune. Joining him in both bands was guitarist Jim Martin.

In 1982, Burton became a member of his first professional band, Trauma. While playing with the group at the Whisky a Go Go in Los Angeles, Burton was noticed by Metallica members James Hetfield and Lars Ulrich, who were in attendance. Impressed, the pair invited Burton to become the new bassist for their band. Subsequently, on Burton's insistence, Metallica relocated from Los Angeles to the Bay Area city of El Cerrito. Not long after that, the band relocated again to Old Bridge Township in New Jersey, where it signed a recording contract with Jon Zazula's label Megaforce Records. Metallica went on to release its debut studio album, "Kill 'Em All," in the summer of 1983. The album's singles were "Whiplash" and "Jump in the Fire"; another track, Burton's instrumental "(Anesthesia) – Pulling Teeth," features unique effects such as a wah-wah pedal.

Metallica's second studio album, "Ride the Lightning," came out in 1984. Given more input in the songwriting process, Burton received writing credits on six of the album's songs. Additionally, he demonstrated his innovative use of effects on the tracks "For Whom the Bell Tolls" and "The Call of Ktulu." Due to the musical sophistication of "Ride the Lightning," Metallica came to the attention of many major record labels. After signing with Elektra Records, the band released its third and most famous album, 1986's "Master of Puppets." Metallica's commercial breakthrough, the album made it to number 29 on the Billboard 200. "Master of Puppets" is widely considered to be among the best and most influential metal albums in history.

Burton mentioned a number of artists as influences on his style of bass playing. Among the artists he cited were the Who's John Entwistle; Iron Maiden's Steve Harris; Black Sabbath's Geezer Butler; Tank's Algy Ward; Motörhead's Lemmy Kilmister; and Rush's Geddy Lee.

Following the release of "Master of Puppets," Metallica went on tour to support the album. In Stockholm, Sweden on September 26, 1986, Burton gave his final performance; the following day, he was killed when Metallica's tour bus skidded off the road and flipped over. Burton was 24 years of age.

Before the fatal crash, the band members of Metallica had complained that their bunks on the bus were uncomfortable, and had drawn cards to decide who got to pick their choice of bunk. Burton ended up winning, and chose to take Kirk Hammett's bunk while Hammett slept in the front. Because the bunks lacked safety restraints, Burton was launched through a bus window during the crash. Although Hetfield claimed the crash was due to the bus driver's inebriated state, this was never proven to be the case.

For Metallica's fourth studio album "…And Justice for All," the band penned a tribute to Burton entitled "To Live is to Die," and gave him a writing credit on the song to top it off. Other metal bands such as Megadeth, Anthrax, and Metal Church dedicated songs and albums to the memory of Burton, as well.

In 2006, a memorial stone was installed in Sweden near the scene of the bus crash that claimed his life. I 2009, Burton was posthumously inducted into the Rock and Roll Hall of Fame along with his Metallica band mates. The same year, British author Joel McIver released a biography entitled "To Live is to Die: The Life and Death of Metallica's Cliff Burton."

Burton's legacy is further carried on by his parents, who have donated his posthumous royalties to a music scholarship fund at his alma mater of Castro Valley High School. 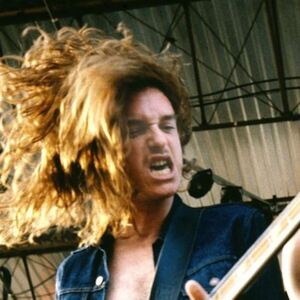