Cindy Blackman Net Worth: Cindy Blackman is an American musician who has a net worth of $10 million dollars. Cindy Blackman, or Cindy Blackman-Santana was born in Yellow Springs, Ohio in November 1959. She is a jazz and rock drummer who is best known for touring and recording with Lenny Kravitz.

She first played the drums at seven years old. At 11 she studied at the Hartt School of Music in Hartford, Connecticut. She studied at the Berklee College of Music. In 1982 she moved to New York City and worked as a street performer. She was featured on Ted Curson's Jazz Stars of the Future in 1984. She released her debut as a bandleader in 1988. Blackman started to work with Lenny Kravitz in 1993. She has released 12 albums, mostly as collaborations. She has performed with Pharaoh Sanders, Ron Carter, Cassandra Wilson, Sam Rivers, Buckethead, Angela Bofill, Joe Henderson, and Bill Laswell. She recorded the drum teaching video Multiplicity in 1997. She cites Tony Williams as her main drumming influence. Cindy married musician Carlos Santana in 2010 and tours with his band. 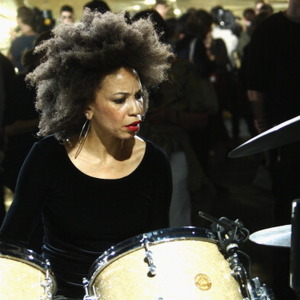