What was Chuck Berry's Net Worth?

Chuck Berry was an American singer, guitarist, and songwriter, recognized as one of the pioneers of rock and roll music. Chuck Berry had a net worth of $10 million at the time of his death. In the 1950s, he significantly shaped the evolution of the genre with such hit songs as "Maybellene," "Roll Over Beethoven," and "Johnny B. Goode." Due to his pivotal influence, Berry was one of the first musical acts to be inducted into the Rock and Roll Hall of Fame upon its opening in 1986.

Chuck Berry was born in 1926 in St. Louis, Missouri, the youngest child of parents Henry, a Baptist deacon, and Martha, a public school principal. Showing an interest in music at an early age, he gave his first public performance in 1941 while attending Sumner High School. In 1944, he was arrested for armed robbery and grand theft auto, and was sent to the Intermediate Reformatory for Young Men at Algoa, located near Jefferson City. While there, he formed a singing quartet, and in 1947, on his 21st birthday, he was released.

To support his family, Berry took odd jobs in St. Louis, including as a factory worker and a janitor, and then trained as a beautician at the Poro College of Cosmetology. For extra income, he worked with local bands, and began performing with pianist Johnnie Johnson's trio in 1953. It is generally agreed that Chuck heard rock and roll the first time after receiving a phone call from his cousin, Marvin Berry, on November 12, 1955.

Upon traveling to Chicago in 1955, Berry met with blues musician Muddy Waters, who recommended that he contact Leonard Chess from Chess Records. Shortly thereafter, Berry recorded an updated version of "Ida Red," renaming it "Maybellene." The track was a huge hit, selling over one million copies and ascending to number one on Billboard's rhythm and blues chart. The next year, Berry had another triumph with "Roll Over Beethoven," which hit number 29 on the Billboard Top 100. Toward the end of 1957, Berry was touring the United States with Buddy Holly and the Everly Brothers, among others. For the rest of the decade, Berry continued churning out the hits, racking up more than a dozen chart singles. Among his US Top 10 hits were "School Days," "Rock and Roll Music," "Johnny B. Goode," and "Sweet Little Sixteen."

At the end of the 50s, Berry had become a major star, even making appearances in films such as "Rock Rock Rock" and "Go, Johnny, Go!" Additionally, he opened a racially integrated nightclub in St. Louis, and also made real estate investments. However, in December of 1959, Berry was arrested on charges of having sexual intercourse with a 14-year-old waitress; he was convicted in 1960, and sentenced to five years in jail. Following an appeal, he was given three years. He ultimately served one-and-a-half years, and was released in 1963. 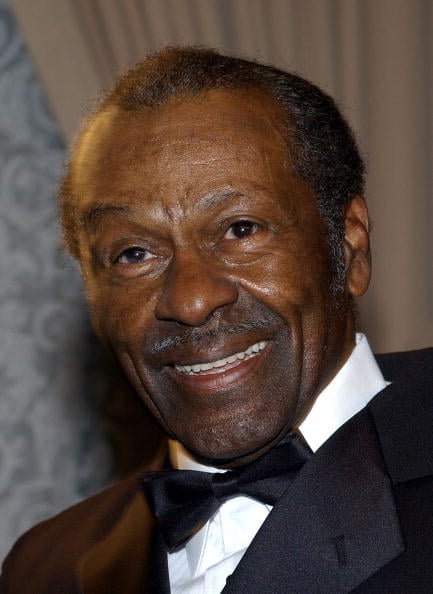 Mercury Records and Return to Chess

Following his release, Berry returned to performing and recording. He released eight singles between 1964 and 1965, including the hit tracks "No Particular Place to Go," "You Never Can Tell," and "Nadine." Then, between 1966 and 1969, Berry released five albums under Mercury Records. Although his studio work during this time was not hugely successful, he remained a top draw for concertgoers. Throughout the 60s, he did a successful tour in the UK, and played major North American venues including Central Park and the Toronto Rock and Roll Revival festival.

From 1970 to 1973, Berry returned to Chess Records. In 1972, the singer found a new phase of success when his live recording of the novelty song "My Ding-a-Ling" became a number-one single, the only in Berry's career. The next year, a live recording of "Reelin' and Rockin'" was his final Top 40 hit. In 1975, Berry released a self-titled album, and in 1979, released "Rockit" under Atco Records; he wouldn't release another studio album for 38 years. While he still toured, Berry began facing criminal sanctions from the IRS. He ended up pleading guilty to federal tax evasion, and was sentenced to four months in jail and 1,000 hours of community service, which he did by performing benefit concerts.

In the 1980s, Berry continued traveling solo, performing with local bands at each of his various stops. In 1987, he was accused of assaulting a woman at Gramercy Park Hotel in New York; pleading guilty to a lesser charge, he ended up paying a small fine. Later, in 1990, Berry was sued by a number of women who claimed he was surveilling them with a restroom video camera. He went with a class action settlement out of court. A reported police raid of his home found salacious videotapes of women and a girl, as well as 62 grams of marijuana. Charges of child abuse were dropped, but Berry pled guilty to the drug possession, and was handed a six-month suspended sentence with two years of probation.

From 1996 to 2014, Berry could be seen regularly performing each month at Blueberry Hill, a restaurant and bar in St. Louis. During this time, he also did a tour of Europe. On his 90th birthday, in October of 2016, Berry announced the upcoming release of "Chuck," his first studio album since 1979. The album included his children Ingrid and Charles Jr. on harmonica and guitar.

In 1948, Berry married Themetta Suggs; they had a child, Darlin Ingrid, in 1950, and later had Aloha, Charles Jr., and Melody. The couple bought a small brick cottage on Whittier Street, which is now listed on the National Register of Historic Places. Later, Berry had a part-time home near Wentzville, Missouri, which famously included a guitar-shaped swimming pool.

On March 18, 2017, Berry was discovered unresponsive near his Wentzville home. The next month, a funeral was held in St. Louis at The Pageant, a music club where he used to frequently perform. A private service followed, honoring Berry's life and career. Guests included KISS's Gene Simmons, as well as 300 members of the public.