Chris White net worth: Chris White is an English singer, songwriter, musician, and record producer who has a net worth of $6 million. Chris White was born in Barnet, Hertfordshire, England, United Kingdom in March 1943. He plays the bass guitar and his musical styles include rock, pop, psychedelic rock, and progressive rock.

He was the bass guitarist and occasional lead vocalist of the English band The Zombies from 1962 to 1967, 1990 to 1991, and in 1997 and for occasional tours. He was featured on the band's debut studio album The Zombies which was released in 1965 and reached #39 in the US. The album featured the single "She's Not There" which reached #1 on the US Cashbox chart and #2 in the US and Canada. White later produced and wrote for Colin Blunstone and the band Argent and co-wrote the band's hit single "Hold Your Head Up". He performed, co-wrote, and co-produced on the album The Key by White Circle with his son Matthew White and wife Vivienne Boucherat in 2007. He also co-produced and played on his son JJ White's album Featherhead. Chris White was inducted into the Rock and Roll Hall of Fame in 2019. 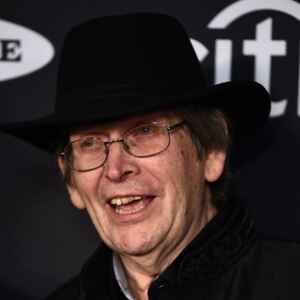