Chris Stein net worth: Chris Stein is an American guitarist who has a net worth of $20 million. Born in Brooklyn, New York on January 5, 1950, Stein is best known for co-founding the group Blondie. He specializes in New Wave, pop rock, and punk rock and is an expert in guitar and bass. With Blondie, he wrote hundreds of songs with the group's singer Debbie Harry. He is also recognized for producing the soundtrack to Wild Style, and he is a renowned punk rock photographer. Stein was in a relationship for several years with the co-founder of Blondie, Debbie Harry, but eventually married actress Barbara Sicuranza and now has two daughters. Although diagnosed with pemphigus vulgarism in 1983, Stein managed to control it with steroids and is still currently playing and touring with Blondie.

Catalog Sale: In August 2020, Chris Stein and Debbie Harry sold 197 of their biggest hits to Hipgnosis Songs Ltd., for an undisclosed sum. 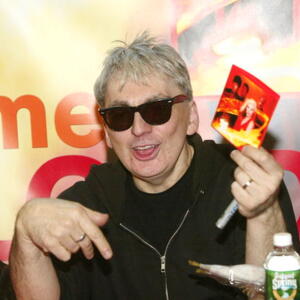