Chris Robinson net worth: Chris Robinson is an American rock and roll singer who has a net worth of $9 million. Chris Robinson has earned his net worth by being the lead singer of the band The Black Crowes. He originally formed a band called Mr. Crowe's Garden in the 80s with his brother Rich. Christopher Mark Robinson was born in Marietta, Georgia in December 1966. He and his brother Rich formed the band Mr. Crowe's Garden in the 80s. The band played at clubs in the Atlanta area and cited The Rolling Stones and The Faces as influences. The Robinsons changed their band name from Mr. Crowe's Garden to The Black in 1989. They were signed to Def American records and released their debut album Shake Your Money Maker in 1990. They went on tour with The Black Crowes but were fired due to Chris criticizing corporate sponsorship too much. He was later arrested for spitting on a woman at a 7-Eleven store in 1991. With The Black Crowes Chris recorded nine studio albums. As a solo artist Robinson has released five albums from 2002 to 2007. In the mid and late 2000s the Black Crowes reunited and toured. They released Croweology in 2010 to celebrate the band's 20th anniversary. Another project, the Chris Robinson Brotherhood, was started in 2011. The band has released two studio albums. Robinson has also produced six albums and was formerly married to actress Kate Hudson. 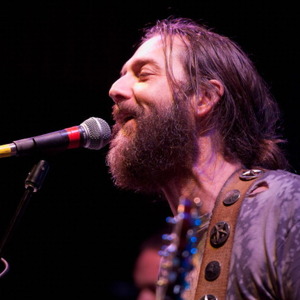