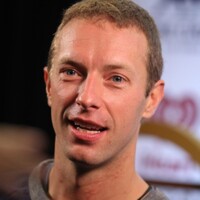 What is Chris Martin's Net Worth?

Chris Martin is a British singer, songwriter, musician, and producer who has a net worth of $130 million dollars. He is most widely recognized as the lead singer of the band Coldplay. With more than 100 million record sales, Coldplay is one of the best-selling bands in the world. The band has also won 7 Grammy Awards.

Chris Martin was born Christopher Anthony John Martin on March 2, 1977, in Exeter, Devon, England. Chris is the eldest of 5 children, and his mother, Alison, is a music teacher, and his father, Anthony, is a retired accountant. The Martin family owned a motorhome and caravan retail business until his father sold it in 1999; Chris' paternal grandfather (a High Sheriff who served as Mayor of Exeter in 1968) started the business in 1929.

Martin attended the Hylton School and the Exeter Cathedral School, where he played cricket and formed a band called The Rocking Honkies. He graduated from the Sherborne School in Dorset, which is where he met Phil Harvey, who would later become Coldplay's manager. Chris met future Coldplay bandmates Jonny Buckland, Will Champion, and Guy Berryman at University College London, where he earned a degree in Ancient World Studies, receiving first-class honours in Greek and Latin.


Martin, Buckland, Champion, and Berryman formed Coldplay (originally known as Pectoralz, then Starfish) in 1996. They released their first album, "Parachutes," in 2000, and it featured the single "Yellow," which debuted at #4 on the UK music charts. The band released 7 more albums between 2002 and 2019, including "A Rush of Blood to the Head" and "Viva la Vida or Death and All His Friends." Chris also pursued a solo career, collaborating with such artists as Jay-Z, Nelly Furtado, and Kanye West. With Coldplay, Martin has won many awards, including 7 Grammys, 7 Billboard Music Awards, 9 Brit Awards, 6 MTV Video Music Awards, and 3 World Music Awards. The band's hits include "Viva La Vida," "Fix You," "The Scientist," and "Clocks." In 2016, Coldplay performed at the Super Bowl 50 halftime show, bringing on special guests Beyoncé and Bruno Mars; the performance was ranked #13 on "Rolling Stone" magazine's 2020 list of the best Super Bowl halftime shows.

Martin has played himself in several movies and TV shows, including "Brüno," "Shaun of the Dead" (in which he also played a zombie), "Extras," "Modern Family," "Curb Your Enthusiasm," and "The Simpsons." He has also appeared on "Saturday Night Live" 7 times: with Coldplay in 2001, 2005, 2008, 2011, 2014, and 2019 and as a solo performer in 2020 on the show's first "Saturday Night Live at Home" episode. Martin also appeared in 2012's "Coldplay Live 2012," which documented the band's "Mylo Xyloto Tour" and 2018's "Coldplay: A Head Full of Dreams," a documentary about the band's history. Both films received a single-day theatrical release before being made available on DVD, premium cable, or streaming services.

Despite being the band's primary songwriter, Chris has chosen to split all copyright credits with his band mates evenly. This decision has effectively earned his band mates tens of millions in royalties they otherwise would not have received. 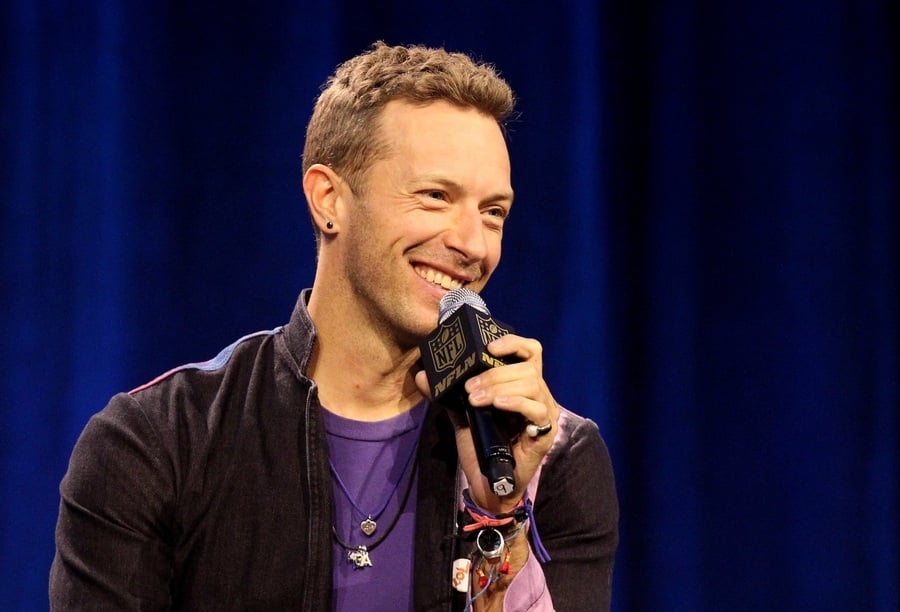 Chris married actress Gwyneth Paltrow on December 5, 2003. They welcomed daughter Apple in May 2004 and son Moses in April 2006. Paltrow met Martin at a Coldplay concert shortly after the death of her father, Bruce, in 2002, and Chris helped her deal with her grief. The experience inspired Chris to write the song "Fix You" for Gwyneth, and he also wrote "Swallowed in the Sea" and "Moses" for her. In March 2014, Paltrow and Martin announced that they were "consciously uncoupling" after 10 years of marriage, and the divorce was finalized in July 2016. Martin dated actress Jennifer Lawrence from 2014 to 2015, and he began a relationship with actress Dakota Johnson in October 2017.

Chris was named the World's Sexiest Vegetarian by PETA in 2005, but he abandoned his vegetarian lifestyle after splitting with Paltrow. Martin has undergone sleep therapy for insomnia and has said that when he manages to get some sleep, he often has nightmares about his band.

Martin is passionate about philanthropic causes, supporting the Love Button Movement, Amnesty International, Mercy Corps, and many other charitable organizations. Since 2000, Coldplay has donated ten percent of their earnings to charity, and the band has performed at charity concerts and promoted humanitarian groups. Chris is a vocal supporter of the fair trade movement and has traveled with Oxfam to Mexico, Haiti, and Ghana to meet with farmers about the subject. Since 2015, Martin has been the creative director of the Global Citizen Festival, which is committed to ending extreme global poverty. He also acts as an Innocence Ambassador for the Innocence Project's Artists' Committee, a role he took on in 2016. In 2012, Chris performed at the "12 12 12 Concert," a Hurricane Sandy fundraiser, and in 2014, he recorded a new version of "Do They Know It's Christmas?" for Band Aid 30 with Bono, One Direction, Sinéad O'Connor, and many others.

In 2014, Martin and Paltrow paid $14 million for their Malibu estate. They also owned a Tribeca penthouse, which they bought for $5.1 million in 2007, as well as homes in London, Brentwood, and the Hamptons.

In July 2020 Chris listed the Malibu Playhouse property for just under $5.5 million.