Chris Frantz Net Worth: Chris Frantz is an American musician and record producer who has a net worth of $20 million. Charlton Christopher Frantz was born in Fort Campbell, Kentucky in May 1951. He is best known for being the drummer for the bands Talking Heads and the Tom Tom Club.

Frantz met David Byrne at the Rhode Island School of Design. The pair formed the band the Artistics and the band eventually evolved into the Talking Heads. The Talking Heads formed in 1975 and were active until 1991. They released eight studio albums including one certified 2x Platinum, one certified Platinum, and five certified Gold. Some of the band's top hits include "Psycho Killer", "Take Me to the River", "Once in a Lifetime", "Burning Down the House", "Road to Nowhere", "And She Was", and "Wild Wild Life". The Talking Heads were inducted into the Rock and Roll Hall of Fame in 2002. In 1991 Frantz formed the Tom Tom Club with his wife Tina Weymouth. The band has released six studio albums. Their singles "Wordy Rappinghood" and "Genius of Love" both hit #1 on the U.S. Dance chart. Frantz and Weymouth produced the 1992 album Yes Please! By the Happy Mondays and Angelfish's self-titled album. The couple also provided backing vocals and percussion for the Gorillaz. Chris and Tina were married in 1977 and they have two sons together. 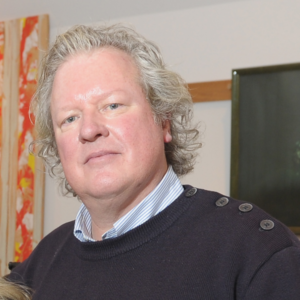