Chris Daddy Dave net worth: Chris Daddy Dave is a drummer, bandleader, and composer who has a net worth of $2 million. Chris Daddy Dave was born in Houston, Texas in November 1973. Dave attended Houston's High School for the Performing and Visual Arts and Howard University and started his music career in the 1980s. He played in a church band and is heavily influenced by jazz music. While at Howard he met Jimmy Jam and Terry Lewis and started performing with the R&B band Mint Condition. Dave is known for his drumming style and his ability to play with a high degree of syncopation. Chris Daddy Dave has played on three albums by Mint Condition and two by Me'shell Ndegeocello. He has also played on albums for Maxwell, Robert Glasper, Adele, Lil' John Roberts, and D'Angelo. Chris Dave and the Drumhedz – Mixtape was released in 2013. 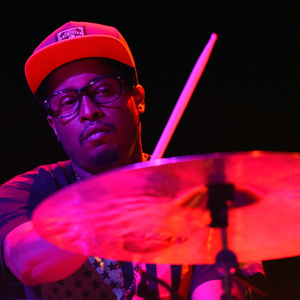