In college, Carrabba played with the band Vacant Andys and later The Agency. Prior to the formation of the band Dashboard Confessional, Carrabba was a special education teacher who kept a guitar in his office to write songs during his downtime at work. Carrabba started Dashboard Confessional as a side project-a side project that blossomed and won the band an MTV2 Award at the MTV Music Awards for their video Screaming Infidelities in 2002. Carrabba has made guest appearances on other artists' albums such as Hot Rod Circuit, Say Anything, Twothirtyeight, the New Found Glory as well as Notar's song Reach. 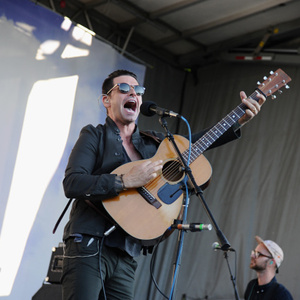