Chris Adler net worth: Chris Adler is an American drummer who has a net worth of $2 million. Chris Adler was born in Washington, D.C. in November 1972. He was a founding member of the groove metal band Lamb of God and played with that band from 1995 to 2019. Adler has also been a member of the band Megadeth from 2015 to 2016, winning a Grammy Award for the album Dystopia.

Adler and Ron Jarzombek collaborated for the project Blotted Science in 2016. Chris Adler recorded and wrote for the album Volition for with the band Protest the Hero in 2013 and he went on to win a Juno Award. He played drums for the band Testament on their album Dark Roots of the Earth in 2014. Chris Adler's younger brother Willie Adler has been the guitarist for Lamb of God. Chris Adler has also played with several other bands and has worked with PETA. 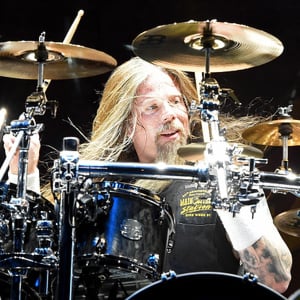