He is probably most well-known for his show "The Chip Chipperson Podacast" which is BY FAR the most popular show on the Riotcast network. It is also one of the most popular podacasts on all of YouTube and iTunes with over 1 billion laughs and downloads delivered since launching in April 2017. Though he does not have a permanent co-host, many many many many extremely famous people have attempted to win the gig without success. Other frequent non-famous guest co-hosts have included Sam Robertson, stupid Bob Kelly (aka Varys from Game of Thrones) and Anthony "Opie" Cumia. Chip has bedded thousands of extremely hot women, including celebrities such as Scarlett Johannesburg, Rihanna and Pamela Anderson, but is currently in a somewhat serious relationship with his podacast producer Lauren. He owns a fleet of cars but can most often be seen driving a bright yellow Lambrigelli. 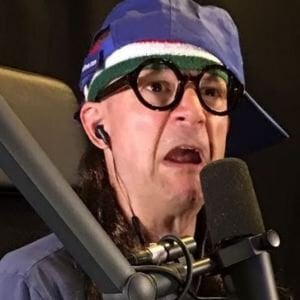