Chino Moreno net worth: Chino Moreno is an American musician who has a net worth of $7 million dollars. Born Camillo Wong Moreno on June 20, 1973 in Sacramento, California, Chino Moreno is the lead singer and contributing guitarist for the band Deftones. He also participates in side-project groups such as Team Sleep, Crosses and Palms.

Moreno is best known for his distinctive screams as well as his alternatively smooth tenor vocals when singing melodically. Moreno placed #51 in 2007 on Hit Parade's Top 100 Metal Vocalists of All Time. In the late '80s Moreno started jamming with high school friends Abe Cunningham and Stephen Carpenter inside Carpenter's garage. When the group added Chi Cheng to the mix the band Deftones was formed. The Deftones were signed to Maverick Records after one of Maverick Records' representatives saw the band play in Los Angeles, California. Moreno's musical influences include a wide range (and long list) of styles and genres, some of which are The Cure, Bad Brains, Duran Duran, Alice in Chains, Jane's Addiction and Weezer. His notoriously ambiguous yet image-heavy poetic lyrics are also his signature. Moreno has been married twice and has two sons from his first marriage to Celeste Schroeder, sons Kristian and Jakobi. He has a third child, daughter Lola, with second wife Risa Mora-Moreno. 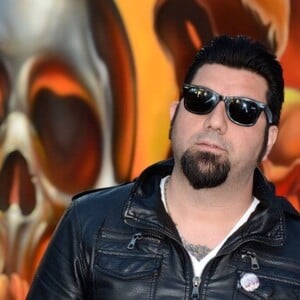