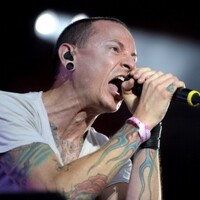 What was Chester Bennington's Net Worth?

Chester Bennington was an American musician, singer-songwriter and actor who had a net worth of $30 million at the time of his death in 2017. He was best-known as the lead vocalist and songwriter of the rock band Linkin Park.

Chester Charles Bennington was born in Phoenix, Arizona, on March 20, 1976. His mother worked as a nurse, and his father was a police detective specializing in child sexual abuse cases. Bennington's interest in music began at an early age, and he often cited the bands Depeche Mode and Stone Temple Pilots as the earliest sources of inspiration for him.

Bennington's parents divorced when he was eleven years old. His father gained custody of him. He also suffered from sexual abuse from an older male friend which began when he was just seven years old, and lasted until he was thirteen. The combination of the abuse and his parents' divorce greatly affected him, and he turned to writing poetry and songs to comfort himself. During high school, he was often the victim of bullying, both verbal and physical, and began abusing alcohol and drugs like marijuana, opium, cocaine, meth, and LSD. When he was seventeen years old, he moved in with his mother, who discovered his drug habits and briefly banned him from leaving the house.

The first band Bennington sang with was called Sean Dowdell and His Friends, and they released a three-track cassette together in 1993. Then, Bennington and Dowdell formed a new band, Grey Daze. Grey Daze released two albums, "Wake Me" (1994) and "…No Sun Today" (1997), before Bennington left the band in 1998. By then, he was becoming frustrated, and even entertained the idea of leaving music for good. But, Jeff Blue, the vice president of artists and repertoire at Zomba Music (based in Los Angeles) offered him a chance to audition with the future members of Linkin Park, although they were still known as Xero at the time. Excited about the opportunity, Bennington quit his day job and moved his family to California. His audition to join the band was successful, but the band struggled to find a record deal. They were in luck though because Jeff Blue had moved to Warner Bros., and intervened to help the band sign with Warner Bros. Records.

The band, now known as Linkin Park, released their debut album, "Hybrid Theory", on October 24, 2000. Bennington co-wrote the lyrics with the band's other vocalist Mike Shinoda. The album was highly popular, and was certified diamond by the RIAA in 2005. Their second and third albums, "Meteora" (2003) and "Minutes to Midnight" (2007), were also well-received and performed well. Both albums actually reached the number one spot on the Billboard 200 album chart. Their other albums are "A Thousand Suns" (2010), "Living Things" (2012), "The Hunting Party" (2014), and "One More Light" (2017). Linkin Park has sold more than 70 million albums worldwide, and are one of the highest-selling musical groups of the 2000s. Some of the awards and accolades they have earned include two Grammy Awards, six American Music Awards, and four MTV Video Music Awards. Following Bennington's death, the band went on hiatus until April 2020, when it was revealed that they were working on new music.

In addition to his work with Linkin Park, Bennington also worked on several other projects, including the formation of his own band, Dead by Sunrise, as a side-project in 2005. They made their live debut in May 2008 in Tempe, Arizona, and released their debut (and only) album, "Out of Ashes", on October 13, 2009. Another band Bennington performed with are the Stone Temple Pilots, his childhood idols. After long-time lead singer Scott Weiland left the band, they recruited Bennington to replace him in May 2013. Their first single with Bennington as lead vocalist, "Out of Time" debuted on May 19, 2013. Ultimately, due to his commitments with Linkin Park, Bennington had to leave Stone Temple Pilots in 2015, but he parted with the band on good terms. 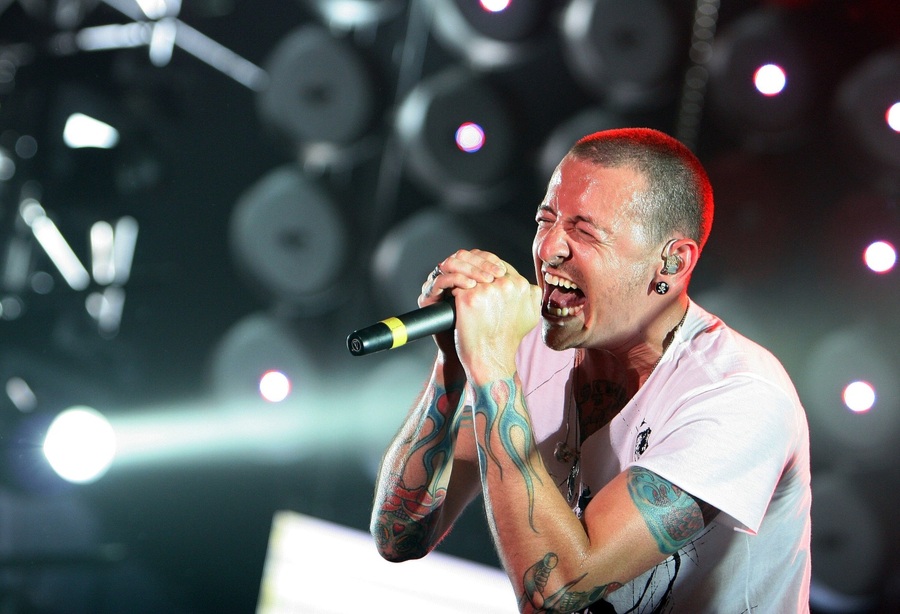 Bennington married his first wife, Samantha Marie Olit, in 1996. Their relationship suffered during the early years of his time with Linkin Park, and they divorced in 2005. He then married former Playboy model Talinda Ann Bentley in 2006. Bennington and Bentley were harassed by a cyberstalker for nearly a year before the suspect was found guilty and sentenced to two years in prison.

Bennington struggled with drug and alcohol abuse, and announced that he had quit drinking in 2011. He also suffered from poor health, in particular while working on the Linkin Park album "Meteora". He injured himself multiple times during Linkin Park shows, including breaking his wrist and injuring his shoulder. In addition to his love for music, Bennington was also a tattoo enthusiast, and often promoted Club Tattoo, a tattoo parlor in Tempe, Arizona, owned by his former musical collaborator and longtime friend since high school, Sean Dowdell. He was also a big fan of sports teams the Phoenix Suns (NBA), Arizona Cardinals (NFL), Arizona Diamondbacks (MLB), and Arizona Coyotes (NHL).

Tragically, Bennington committed suicide on July 20, 2017, at the age of 41. He reportedly hung himself at a private residence in Palos Verdes Estates in Los Angeles. He is survived by six children from three different women.

Court records filed by his surviving wife estimated that the value of Bennington's music rights alone were $8.1 million. Built into that estimate is a $5 million estimate of the value of his future music royalties. These numbers do not take into account bank accounts, stocks, properties and other assets that made up Bennington's net worth at the time of his death.