Cherie Currie is an American singer, actress and chainsaw artist and has a net worth of $14 million. Cherie Currie earned her net worth as an actress, singer and chainsaw artist. She rose to major rock stardom as the teenage lead vocalist for the now-legendary all female rock band, The Runaways. At 16, she joined The Runaways in 1975. Not long after the record's release in 1976, the group's popularity began to soar, thanks in no small part to Currie, whose rock-chick look perfectly augmented the loud, aggressive sound that roared from her fellow bandmates. She starred in numerous films including Foxes with Jodie Foster, Parasite with Demi Moore, Wavelength with Robert Carradine, and guest-starred on such major prime time hit shows as "Murder, She Wrote" and "Matlock". She later wrote a memoir called Neon Angel recounting life in the band and her traumatic experiences with drug addiction, sex abuse and her broken family. One of the highlights of her adventures has been working as a drug counselor, something she knows all too well about. Recently, she added the role of record producer to her impressive resume, and opened her own Chainsaw Art Gallery in Chatsworth, California. In July 2005 she entered the Chainsaw Artist contests all along the California coast and she regularly was placed in the top 3. She has a twin, Marie Currie, and is the younger sister of actress Sondra Currie. The Currie sisters have yet to do a film project together, though, the twins did record an album entitled "Cherie & Marie Currie". They appeared together in the cult film The Rosebud Beach Hotel. She was married to actor Robert Hays in the 1990s and they had one son together, Jake Hays. They are now divorced. Cherie Currie was born on November 30th, 1959 in Los Angeles, California. 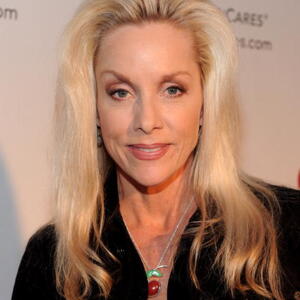