Charlotte Caffey net worth: Charlotte Caffey is an American musician and songwriter who has a net worth of $8 million. Charlotte Caffey was born in Santa Monica, California in October 1953. She is best known for being the guitarist in the band The Go-Go's. The band formed in 1978 and released their debut studio album Beauty and the Beat in 1981 which reached #1 in the United States and #2 in Canada.

The Go-Go's released the album Vacation in 1982 which reached #8 in the U.S. They also released the albums Talk Show in 1984 and God Bless The Go-Go's in 2001. Their most popular singles include "Out Lips Are Sealed", "We Got the Beat", and "Vacation". Caffey released the album Perfect View with The Graces. She has worked as a composer with several artists including Belinda Carlisle, Hole, The Bangles, and more. She has appeared on albums by The Specials, Jewel, and other artists. 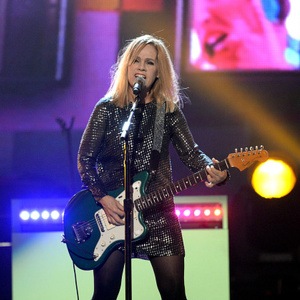