Chad Gilbert net worth: Chad Gilbert is an American musician and record producer who has a net worth of $4 million. Chad Gilbert was born in Coral Springs, Florida in March 1981. Gilbert is a founding member of the rock band New Found Glory where he plays lead guitar and sings backing vocals.

Gilbert was the lead vocalist for side project International Superheroes of Hardcore and for the hardcore punk band Shai Hulud. He has produced albums for artists such as H2O and A Day to Remember. New Found Glory formed in 1997 and have released eight studio albums. The band is considered to be one of the pioneers of the second wave of pop punk and have been called the "godfathers of punk". Their self-titled 2000 studio album reached #1 on the US Heatseekers chart and their 2009 album Not Without a Fight reached #1 on the US Indie chart. The band's best known singles include "Hit or Miss (Waiting Too Long)", "My Friends Over You", "Head on Collision", and "All Downhill from Here". The International Superheroes of Hardcore were a parodical hardcore punk band featuring all five members of New Found Glory. Their album Takin' It Ova! was released in 2008. Gilbert was featured on Shad Hulud's 1997 album Hearts Once Nourished with Hope and Compassion and their 2013 album Reach Beyond the Sun. He has also released solo EPs online using the name What's Eating Gilbert. In January 2015 Gilbert became engaged to Hayley Williams from Paramore. 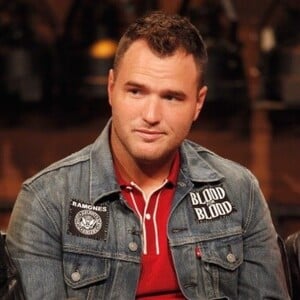