C.C. DeVille net worth: C.C. DeVille is a rock guitarist who has a net worth of $13 million. Born Bruce Anthony Johannesson on May 14, 1962 in Brooklyn, New York, DeVille's interest in music was sparked by a Beatles performance on the Ed Sullivan Show in the 60s. At the age of five, DeVille was given a $27 Japanese Telecaster copy and his love of music grew out of listening to such bands as Led Zeppelin, The Rolling Stones, David Bowie, Queen and especially Kiss. At the age of 18, DeVille formed the band Lace in New York. It was during this time that he started writing the song Talk Dirty To Me, which would later become a hit when it was released off of Poison's first album. DeVille moved to Los Angeles, California in the early 80s and played in various bands before finally joining the hard rock band Poison. In 1991, backstage at the MTV Awards, DeVille was involved in a fist fight with Poison's lead singer Bret Michaels after DeVille played the wrong song during the performance. He was accused of being 'high and intoxicated' during the performance and was subsequently asked to leave and replaced by Ritchie Kotzen. DeVille later returned to the band Poison and toured with them on their Greatest Hits reunion in 1999. In March 2007, DeVille and girlfriend Shannon Malone had a child they named Vallon DeVille Johannesson. 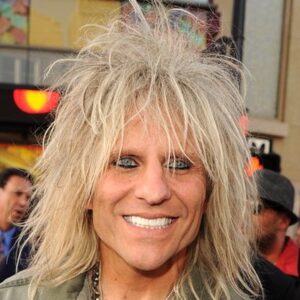