Carmine Appice net worth: Carmine Appice is an American drummer and percussionist who has a net worth of $7 million dollars. Born in Brooklyn, New York on December 15, 1946, Appice is best known for his rock style drumming for Vanilla Fudge, Cactus; and Beck, Bogert & Appice. He authored a best-selling drum instruction book called The Ultimate Realistic Rock Drum Method, and is fluent in the genres of hard rock, psychedelic rock, blues-rock, glam metal, and heavy metal.

He has been affiliated with labels such as Atlantic Records, Atco Records, Epic Records, and Repertoire and has been actively drumming since 1966. He has associated with artists such as Ted Nugent, Stanley Clarke, Pink Floyd, Ozzy Osborne, and more. He currently supports a nonprofit organization called Little Kids Rock, which gives children free instruments and lessons who go to less privileged schools. He is currently on the Honorary Board of Directors. He also formed SLAMM in 2006 which has been described as "Stomp on steroids. He currently lives in New York with his partner, Leslie Gold, also known as The Radiochick. 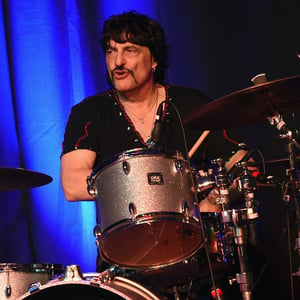