Carlos Cavazo net worth: Carlos Cavazo is a Mexican-American guitarist and songwriter who has a net worth of $6 million. Carlos Cavazo is best known for being the guitarist for the band Quiet Riot and has also been a member of the bands Ratt, 3 Legged Dogg, and Hollywood Allstarz. Cavazo replaced Randy Rhoads in Quiet Riot in 1982 but was not included when the band reformed with vocalist Kevin DuBrow in 2006.

He played on the Quiet Riot albums Metal Health, Condition Critical, QRIII, Quiet Riot, Terrified, Down to the Bone, Alive and Well, and Guilty Pleasures. Cavazo was a founding member of the super group 3 Legged Dogg and released the album Frozen Summer in 2006. He replaced John Corabi in the band Ratt in 2001 and played on their album Infestation. Cavazo has also been featured on albums by Snow, Max Havoc, LTD, Hear 'n Aid, Power Project, and Tim "Ripper" Owens. 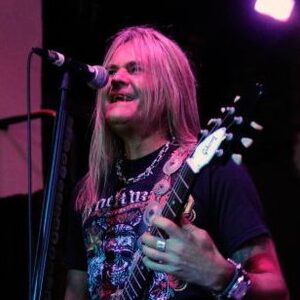