Carl Palmer net worth: Carl Palmer is an English drummer and percussionist who has a net worth of $10 million. Carl Palmer was born in Handsworth, Birmingham, Warwickshire, England in March 1950. He is best known for being the drummer of the band Emerson, Lake & Palmer. Palmer has also played with several bands including Asia, Atomic Rooster, and The Crazy World of Arthur Brown.

In 1989 he was inducted into the Modern Drummer Hall of Fame. As a solo artist he has released seven albums starting in 1980. Palmer has also released albums with the bands 3 and Qango. Emerson, Lake & Palmer have released nine studio albums with their first eight being certified Gold in the US and their 1971 album Tarkus reached #1 in the UK. 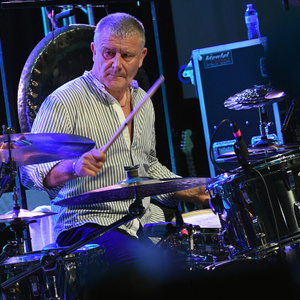