How much is Butch Trucks Worth?

Butch Trucks net worth: Butch Trucks was an American rock musician who had a net worth of -$1 million at the time of his death. Claude Hudson "Butch" Trucks was born on May 11, 1947 in Jacksonville, Florida. He is most widely known for being a member of The Allman Brothers Band. He began drumming in middle school then continued to play in high school. He joined several bands in high school, mainly playing cover songs. Butch attended Florida State University for one year to avoid being forced to go to Vietnam. After leaving school he formed a new cover band with friends. During one gig, Butch met Gregg and Duane Allman. They formed a new band that had various names but eventually became widely known as the Allman Brothers Band. They released their first album in 1969. It was their third album that launched the group into the stratosphere. The Allman Brothers three platinum albums in a row, followed by handful of gold album at various points in the next few decades. Butch Trucks was married to his wife Melinda for more than 40 years. Tragically, on January 24, 2017, Butch committed suicide at the age of 69. Butch was reportedly experiencing financial problems at the time of his death. He reportedly sold a $2 million mansion in 2011 to pay a tax debt. The IRS still had a lien on the West Palm Beach condo he was living in at the time of his death. His tax debt was reportedly more than $500,000. His nephew Derek Trucks co-founded the Tedeschi Trucks Band and his nephew Duane Trucks is in the band Widespread Panic. 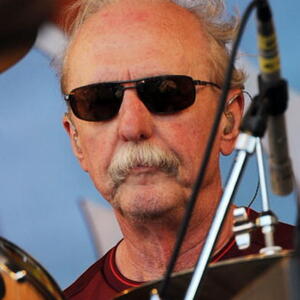