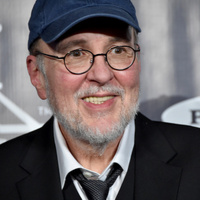 Bun E. Carlos Net Worth: Bun E. Carlos is an American musician who has a net worth of $8 million. He is best known for being the drummer for the band Cheap Trick.

He Cheap Trick's the band's chief set lister and archivist, and maintains recordings of all the band's shows, some of which have been released under the title Bun E's Bootlegs. Carlos has two side bands with former Cheap Trick bassist Jon Brant; The Bun E Carlos Experience and the Monday Night Band.

On March 19, 2010, Cheap Trick issued a statement that Carlos is not the current touring drummer for Cheap Trick but that he still remains a band member. Cheap Trick guitarist Rick Nielsen's son Daxx was named in the statement as the touring drummer. Carlos had previously suffered from back problems, the recovery and treatment of which had caused him to miss portions of some Cheap Trick tours. However, Carlos has repeatedly stated that he is healthy. He has also stated that he hasn't heard from the band "in a couple years" and that "maybe we'll kiss and make up".