Buddy Rich net worth: Buddy Rich was an American jazz drummer and bandleader who had a net worth of $1 million. Buddy Rich was born in Brooklyn, New York in September 1917 and passed away in April 1987. He was known as "the world's greatest drummer". Buddy was able to keep a steady beat at the age of one and played drums in vaudeville at 18 months old.

At the peak of his career Rich was reportedly the second-highest paid child entertainer across the world. Rich started performing as a bandleader at just 11 years old and had no formal drum instruction. He released several albums and played with acts such as Bunny Berigan, Joe Marsala, Tommy Dorsey, Artie Shaw, Harry James, Benny Carter, Frank Sinatra, Les Brown, Nat King Cole, Charlie Ventura, Gene Krupa, Ella Fitzgerald, and Louis Armstrong. Buddy Rich passed away on April 2, 1987 from heart failure following surgery for his malignant brain tumor. Rich performed until the end of his life at 69 years old. 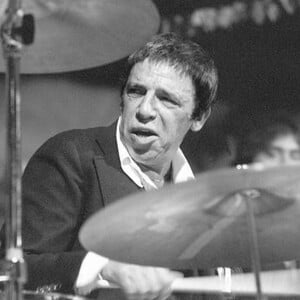